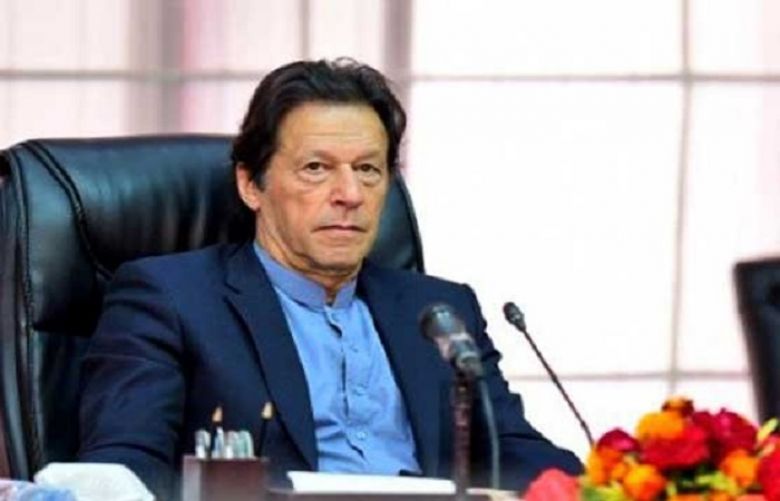 Prime Minister Imran Khan on Wednesday wished the nation on Eid and urged them to stand united against the economic crisis.

"Let us all resolve to stand up as a united nation to overcome our economic crisis while putting least amount of burden on the poorer section of society," Prime Minister Imran Khan said in a tweet.

Earlier, the Prime Minister offered Eid prayers at his residence in Bani Gala, Islamabad and prayed for the prosperity of the country.

Prime Minister Imran Khan has said that one could enjoy the real festivities of Eid by showing compassion to and share pleasures with the needy and poor people.

In his message to the countrymen on the occasion of Eid-ul-Fitr, the prime minister said the objective of Eid-ul-Fitr was to promote unity, brotherhood, sacrifice and generosity among the Muslims.

Prime Minister Imran Khan extended greetings to the nation and thanked Allah Almighty for blessing with such a festive day.

The prime minister said the people could only share joys of Eid with others unless they abided by the golden principles of Islam and promote generosity by doing away with negative behaviours including jealousy, greed and hatred.

Prime Minister Imran Khan said the government had embarked upon the journey to put the country on the track of progress and prosperity.

“Insha Allah, we will soon succeed in developing Pakistan on the pattern of State of Madina by ridding it of social and economic challenges,” he remarked.

He said the State of Madina had become a model in the human history that had won laurels for contributing to human welfare.

The incumbent government would continue to play its responsible role for developing Pakistan into a real welfare state.

He also sought public support and struggle to help the government achieve this objective, he added.

The prime minister also prayed to Allah Almighty to make Pakistan a cradle of peace and prosperity for what every Pakistani was yearning.