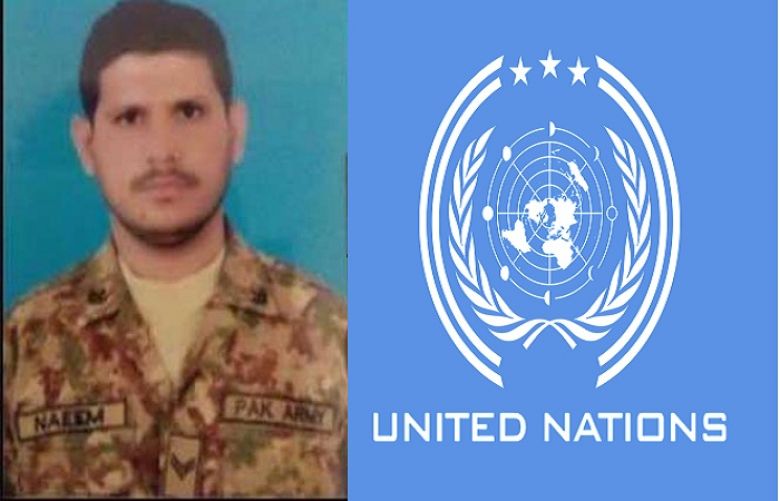 The United Nations has honoured 119 military, police and civilian peacekeepers from 38 countries, including a Pakistani soldier, who lost their lives in 2018 and early 2019 while serving in UN peacekeeping operations in hotspots around the world.

According to details Secretary-General Antonio Guterres presided over the special ceremony during which the Dag Hammarskjold Medal was awarded posthumously to the peacekeepers those made the ultimate sacrifice for the cause of peace.

Pakistan's Permanent Representative to the United Nations, Ambassador Maleeha Lodhi, accepted the award from the UN chief on behalf of the family of Naik Muhammad Naeem Raza who embraced martyrdom while serving with the UN Organization Stabilization Mission in the Democratic Republic of the Congo. 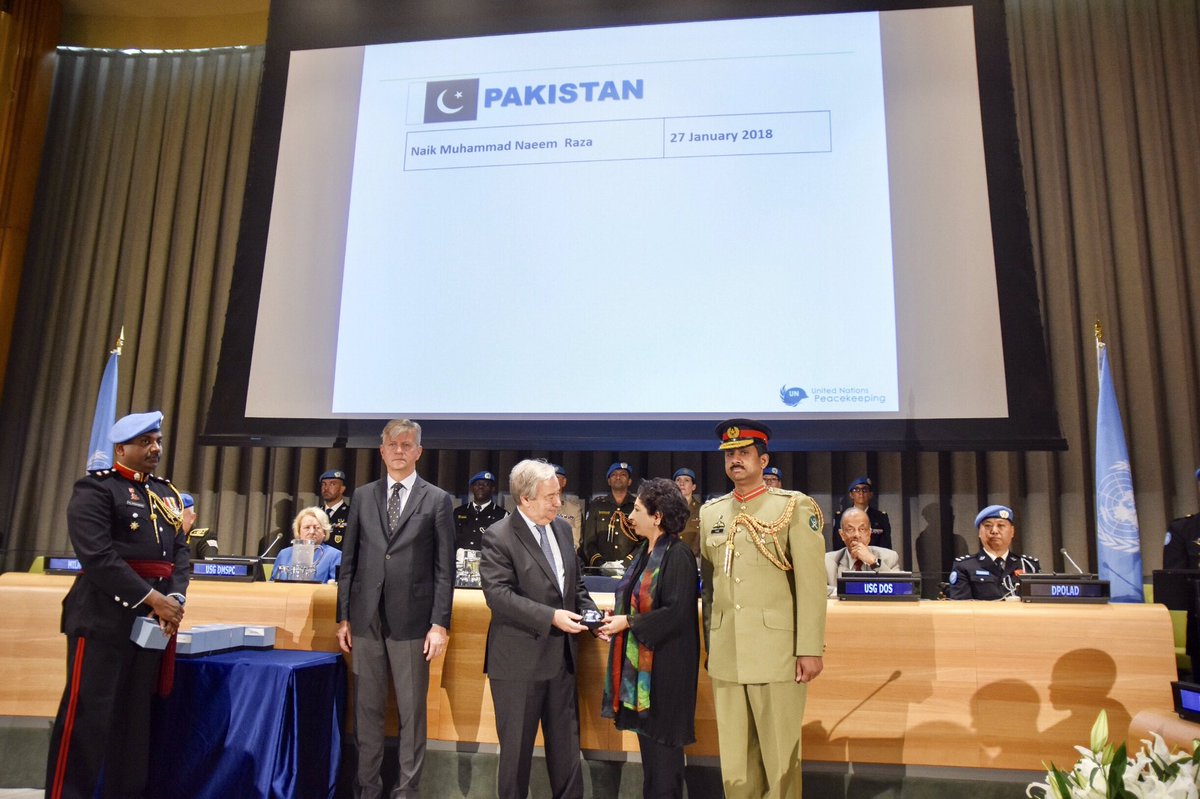 Speaking to APP afterwards, she said she was "humbled and honoured" to receive the award on behalf of Shaheed Raza.

She said this medal to our hero Naik Muhammad Naeem Raza is recognition by the UN Secretary General of the sacrifice, dedication and professionalism of Pakistan’s peacekeepers.

Pakistan is currently the 6th largest contributor of uniformed personnel to UN Peacekeeping. Currently, Pakistan contributes more than 5,200 military and police personnel to the UN peace operations in the Central African Republic, Cyprus, the Democratic Republic of the Congo, Mali, Somalia, Sudan, South Sudan and the Western Sahara.