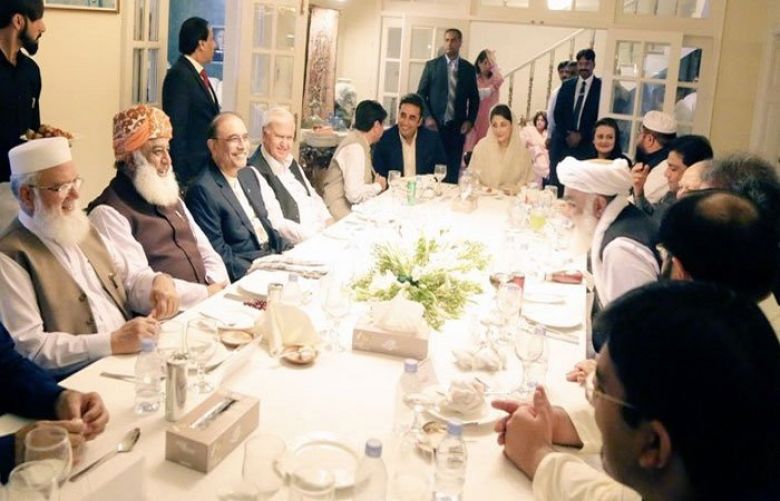 A major huddle of opposition parties in the federal capital on Sunday mulled over strategy against the Pakistan Tehreek-e-Insaf government, particularly in the backdrop of the debilitating economic condition of the country.

Akhtar Mengal, Mahmood Khan Achazkzai and Asfandyar Wali Khan have excused from attending the meeting due to prior personal commitments.

Sources informed that the PPP chairman would try to bring leaders of opposition parties on a single page, while discussion would also be held on the economic situation of the country and a public protest campaign against the government.

PML-N President and Opposition Leader in the National Assembly Shehbaz Sharif had warned of dire consequences if Pakistan’s economy continued to drown.

The US dollar soared to a record high of Rs150 in the open market on Friday morning, as the rupee continued to slide following Pakistan's $6 billion bailout agreement with the International Monetary Fund earlier this week.

Prime Minister Imran Khan reacted to the news of major huddle of the opposition parties, saying that corrupt political mafia is blackmailing through economy.

He said that there should be no surprise over Maryam Nawaz meeting Bilawal, adding that people would not support corrupt factions.

PM Imran Khan said that in near future exports, remittances and economy would grow.

Special Assistant to PM on information and broadcasting Firdous Ashiq Awan said that political imposters have been deceiving the unsuspecting nation since years.

She alleged that these people are utilising agenda for their business venture and today they will think about saving Omni Group.