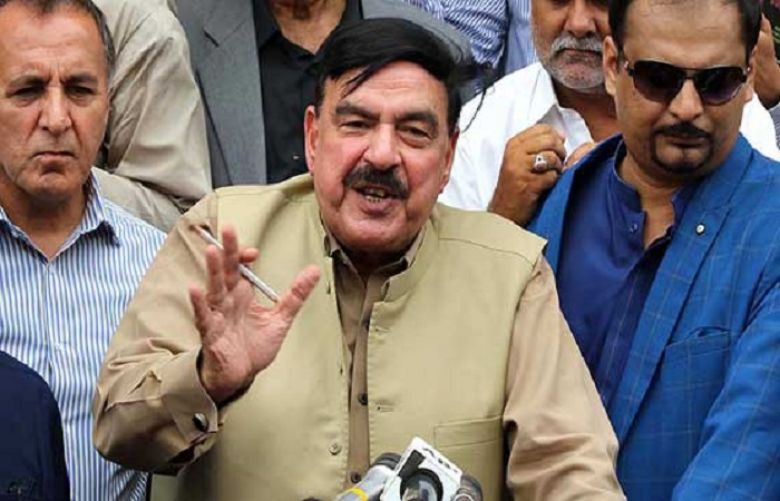 Minister for Railways Sheikh Rashid Ahmed said on Saturday that he advised Prime Minister Imran Khan to let corrupt politicians leave Pakistan, but he did not agree.

“The opposition can end in one hour if Imran Khan lets them leave the country. I have told Imran Khan to let them go but he said no,” Ahmed said during a news conference.

"He [Imran Khan] is trying his best to ensure that there is no NRO."

According to Rashid, Asif Zardari was also in line to get an NRO. "Nawaz Sharif and Shehbaz Sharif have worked hard at stealing the money and they will not return it. Asif Zardari might give it."

The minister added that all corrupt politicians were getting together to protest against the government.

Rashid acknowledged that there was inflation in the country but placed the blame on past governments.

The minister’s comments come as former president and PPP leader Asif Ali Zardari met with JUI-F Maulana Fazlur Rehman on Friday to discuss a joint strategy against the government. The two leaders had a consensus on uniting opposition parties and continue reaching out to other political parties.