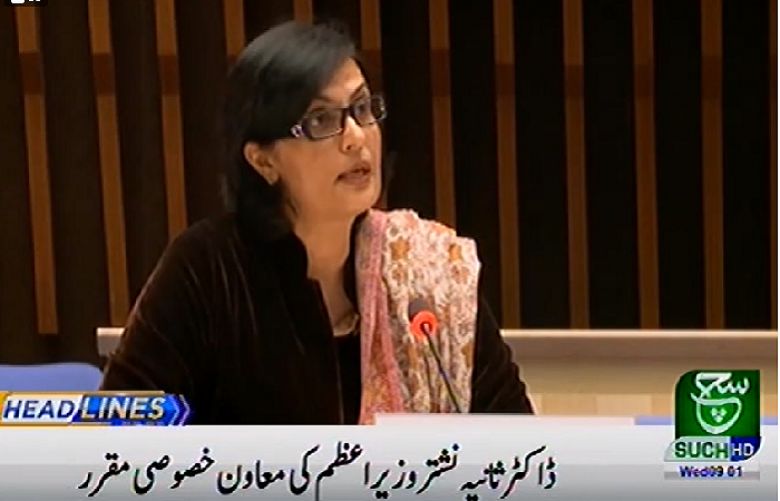 As per an official notification issued on Wednesday, the federal cabinet of the prime minister was extended further as Dr Sania will now operate on the level of a federal minister to supervise the matters related to the poverty alleviation and social protection campaign.

She is also the chairperson of Benazir Income Support Program and head of newly-launched ‘Ehsas’ program.

On March 27, Prime Minister Imran Khan launched the poverty alleviation program for the welfare of the public, with the name ‘Ehsas’.

Under the program, PM Khan had said, the government is increasing its spending by Rs 80 billion in underdeveloped areas which will augment incrementally and in the next phase, it will be brought to Rs 120 billion rupees.

He said that Pakistan Bait-ul-Maal would create 10,000 homes for orphan children in four years whereas 20 new centres would be established for disabled and special persons.

In the next four years, the government would help 3.3 million people whereas Rs 33 billion have been added to the Insaf Insurance scheme, he added