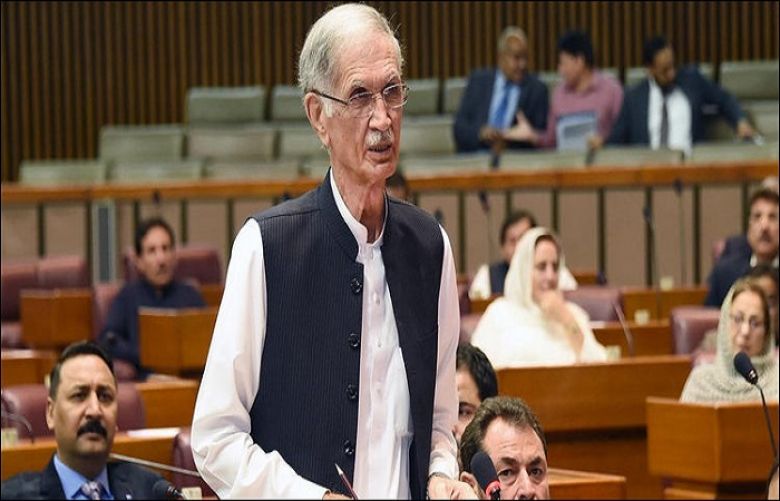 The defence minister was speaking in relation to Khawaja Asif’s behavior in the assembly on Thursday, saying that the Pakistan Tehreek-e-Insaf members would respond to whatever was said in the House.

In the same vein, Khattak said that the PTI lawmakers, if pushed, can also stand to defend ‘their speaker’.

The usage of the term led to a protest from Opposition, whose members told the NA Speaker that he is the same for everyone in the assembly.

To which Asad Qaiser responded that he is the Speaker for the entire assembly.

On Thursday, PML-N leaders demanded Qaiser to resign from his post.

Shahid Khaqan Abbasi, Khawaja Asif and others were irked over Asif not being allowed by Speaker Qaiser to speak on the floor of the House during the session. The speaker had instead permitted Pakistan Tehreek-e-Insaf's Murad Saeed to express his viewpoint.

The decision of the NA speaker prompted a protest by opposition members, who surrounded the speaker's dais.

Speaking to reporters outside the Parliament House, Abbasi said Speaker Qaiser had lost the trust of the members due to his behaviour.