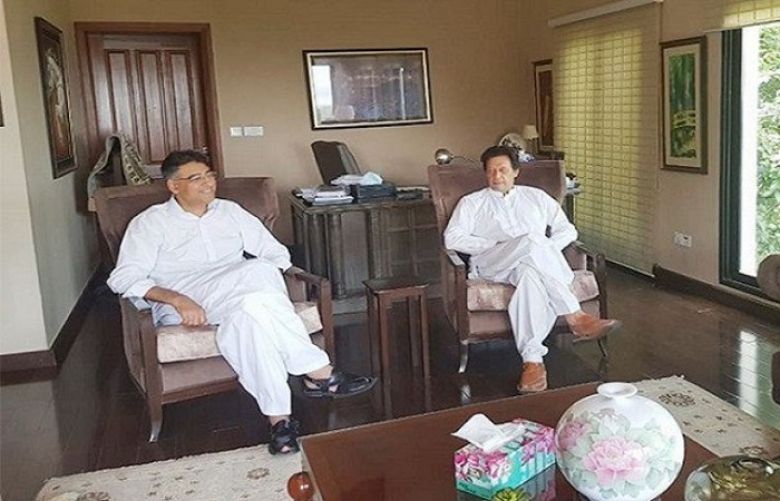 Umar had a one-to-one meeting with the premier today. The meeting was a part of the efforts to convince Umar to rejoin the cabinet.

The former CEO of Engro, who was handpicked by PM Khan as the finance minister to improve economic affairs of the country, was told to resign a few weeks back.

In a tweet, Umar said Khan had offered him the portfolio of energy ministry, instead of finance as part of a cabinet reshuffle.

“As part of a cabinet reshuffle PM desired that I take the energy minister portfolio instead of finance. However, I have obtained his consent to not take any cabinet position. I strongly believe @ImranKhanPTI is the best hope for Pakistan and inshallah will make a naya Pakistan,” he tweeted.