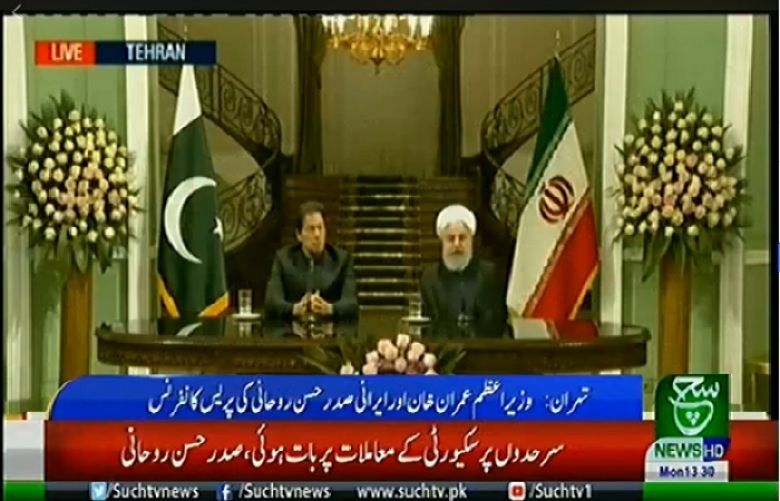 Prime Minister Imran Khan’s statement on Pakistani soil being used by terrorists, made during his recent visit to Iran, was taken out of context, a spokesperson from the Prime Minister House said on Wednesday.

"There has been a lot of debate about PM’s statement on the use of Pakistan soil. The statement has been largely taken out of context. PM Imran Khan was talking about non-state actors using Pakistani soil under foreign influence to carry out activities in Pakistan or coordinating from Pakistan," the spokesperson clarified following criticism by some politicians from the opposition over the premier’s remarks.

"Case in point is Kulbhushan Jadhav/alike and local facilitators. In the same manner, Pakistan is attacked using soil of Iran and Afghanistan."

"The same was clearly stated by the PM during his visit to Iran while referring to the latest incident in Balochistan. This is why the PM is making all out efforts for peace across whole region."

"PM’s statement being linked to any other context is an effort to misinterpret the expression which doesn’t serve Pakistan in any way," the spokesperson added.

Prime Minister Imran, during his maiden official visit to Iran on Monday, had resolved “not to allow any militant group to operate from Pakistan’s soil.”

"We have been facing [impact] of terrorism since long. In Pakistan, we have suffered more terrorism than probably any other country. In the past [few years] we have lost around 70,000 people. Full appreciation must be made for our security agencies, with the way they tackled terrorism in Pakistan," the premier had said in a press conference in Tehran.