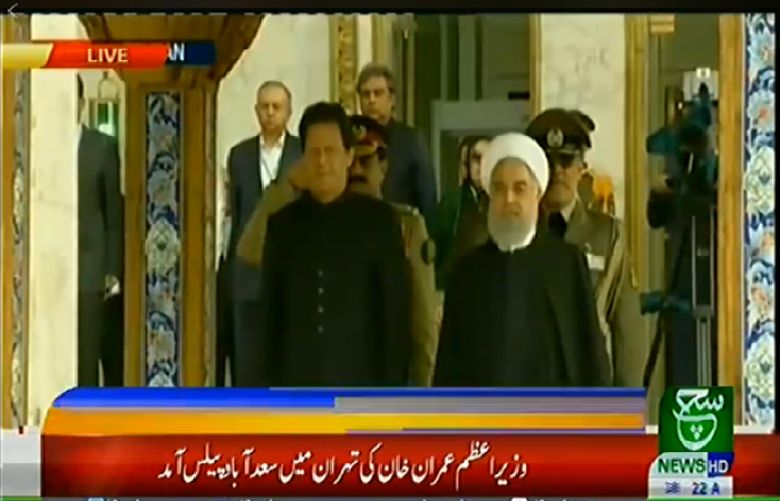 Earlier today, the prime minister arrived at the Presidential Palace where he was received by the Iranian president.

The national anthems of both countries were played during the welcoming ceremony, after which Prime Minister Imran inspected a guard of honour.

The premier will also call on Iran's Supreme Leader Ayatollah Seyyed Ali Khamenei, and meet Pakistani and Iranian business community during the visit.

The prime minister landed at the Tehran International Airport on Sunday, where he was warmly welcomed by Iranian Health Minister Dr Saeed Namaki.

A smartly turned out contingent also presented him a static salute.