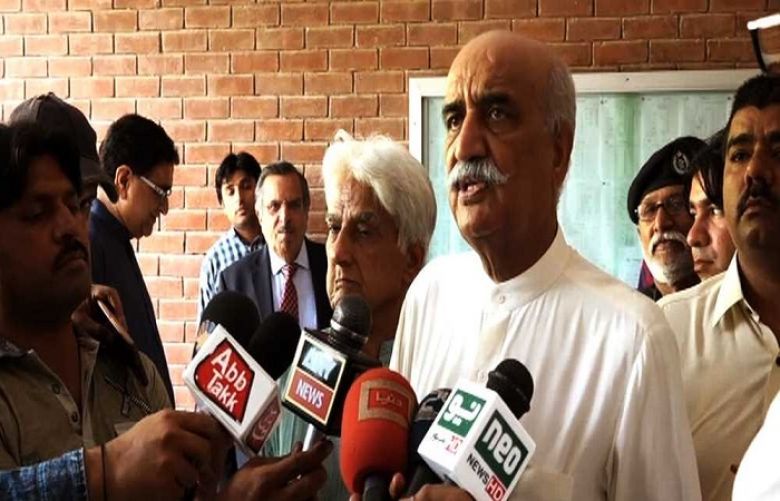 The former leader of opposition Syed Khursheed Shah has said that Abdul Hafeez Shaikh nomination for the finance Ministry proves that the government needs People’s Party.

The Veteran People’s Party leader, claimed that the PTI was formed by gathering people from different parties. “The rulers themselves are unsafe in this government,”he said while talking to media.

Commenting on Asad Umar’s stepping down of the finance ministry he said Asad Umar promised change in 90 days’ despite he knew the extent of debt and other facts (of the economy). He didn’t have experience of running the economy, Shah claimed

The strict conditions of the International Monetary Fund (IMF) have been accepted and the state of economy is at worsened level , Khursheed Shah added.

The PPP leader said they don’t have anything in their hand, Fawad Chaudhry even didn’t know about his future, he commented.

The change in ministries is a usual matter. “We are politicians and should accept our failures. We will not engage in politics over the government failure,” Shah said.

He further said that Asad Umar was removed in confrontation between two big-shots.

“I told in past to Nawaz Sharif to come to the Parliament, he didn’t come. We also told Imran Khan to come in the parliament but his mind still focused on the container,” Khursheed Shah remarked.

“The country will progress when every matter will be brought to the parliament,” Shah added.