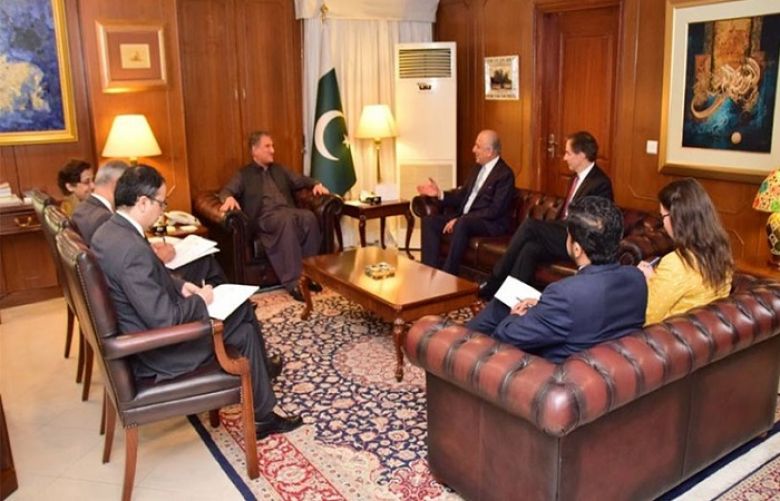 Foreign Minister Shah Mehmood Qureshi says Pakistan wishes well for the peace and stability in Afghanistan, which will directly benefit Pakistan's own vision for economic and human development.

He made these remarks, while talking to Special Representative of US Secretary of State for Afghanistan Reconciliation, Ambassador Zalmay Khalilzad, who called on him in Islamabad on Friday.

The Foreign Minister, while appreciating his efforts, reiterated Pakistan's commitment to the Afghan peace process. He said that intra-Afghan dialogue is a vital component of the reconciliation process.

Ambassador Khalilzad briefed the Foreign Minister on the outcome of Doha talks and his recent engagements in the region.

He also shared updates on his meetings in Afghanistan and the dynamics of the Intra-Afghan dialogue.

Ambassador Khalilzad was accompanied by an interagency delegation, while Foreign Secretary Tehmina Janjua was assisted by senior officials from the Ministries of Foreign Affairs and Defence.

The Foreign Secretary also briefed him about telephonic conversation between Foreign Minister Qureshi and Secretary of State Mike Pompeo.

She informed about their mutual interest in further progress on Afghanistan peace efforts and that they agreed to remain engaged to pursue the reconciliation process.