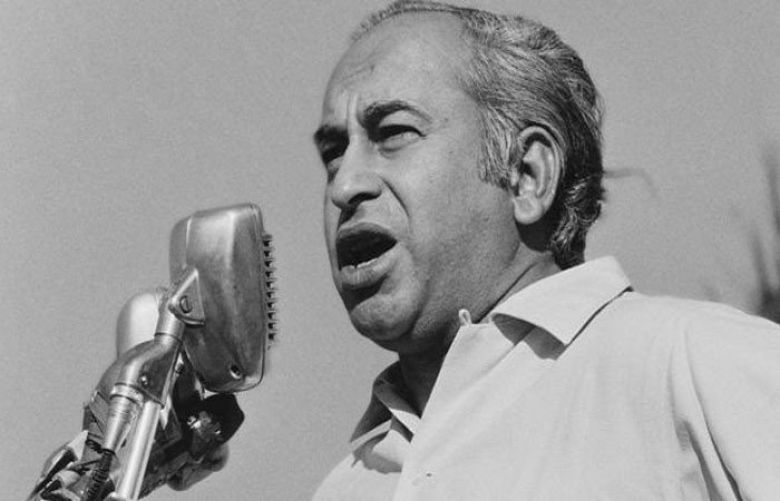 Revered by his followers as Quaid-i-Awam, Bhutto served as the ninth prime minister of Pakistan from 1973 to 1977, and prior to that as the fourth president from 1971 to 1973. He was executed on April 4, 1979, under General Zia's regime.

A ceremony, for which arrangements were completed Wednesday night, is slated to be held at Jinnah Park (Old Jail). Speaking to APP, Baber Khan Jadoon, the president of the PPP City Chapter, said Quran Khwani would be held at 4pm and prayer will be said at 5:30pm.

The PPP's local and Punjab leadership will attend the ceremony and highlight the achievements of Bhutto, who struggled for democracy and sacrificed his life for the people of Pakistan.

Party workers from all over the country have started arriving at Garhi Khuda Bakhsh to attend a rally in remembrance of the former prime minister. The rally will begin at 3pm.

The Sindh Government has made foolproof security arrangements to facilitate the people and avoid any untoward incident.

PPP Chairman Bilawal Bhutto Zardari in his message on the occasion of Bhutto’s death anniversary said the role and contribution of Shaheed Zulfikar Ali Bhutto after the founder of Pakistan Quaid-e-Azam Mohammad Ali Jinnah is exemplary.

He said that despite his death 40 years ago he [Bhutto] is alive in the hearts and minds of the people.