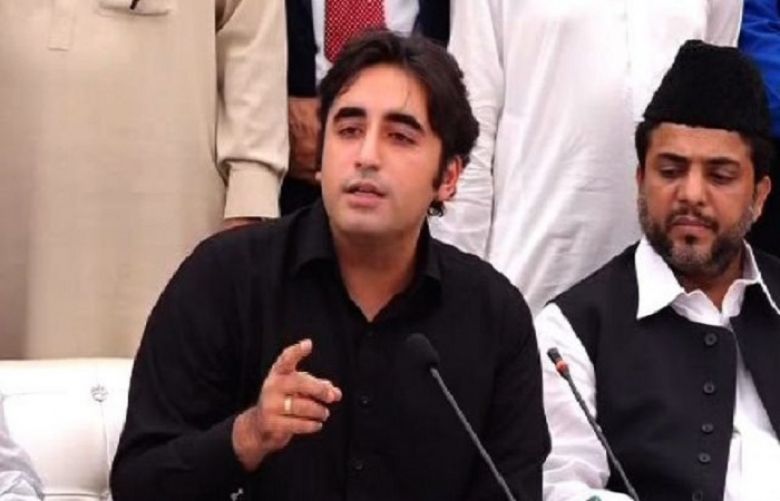 PPP Chairperson Bilawal Bhutto-Zardari on Tuesday reiterated his party's objections to the transfer of the fake accounts case from Karachi to Rawalpindi, stressing that the rule of law should be similar for all citizens.

Bilawal, while addressing a press conference in Larkana, said that the Bhutto family had always been persecuted in Rawalpindi as he demanded that the probe be brought back to Sindh. "Investigation is held [in the place] where the crime has been committed. This is our legal objection and we will continue to raise it on all platforms," he said.

"An exception is being created for the Bhuttos that their trials will always be held in Pindi," he said. "The same law should apply to all Pakistanis. This is why we say that revenge is being exacted under the guise of accountability."

He argued that arrests should not be made at this stage of the case as no one had been convicted. "If [former] prime minister Mian Mohammad Nawaz Sharif was arrested after he was convicted and all his appeals had exhausted then all Pakistanis [facing a trial] should be arrested only after they are convicted," he said.

The PPP chief termed reports circulating regarding the alleged arrest of Owais Muzzafar alias Tappi who is said to be the foster brother of former president Asif Ali Zardari as "false", saying that such news was being spread so that the government can deflect attention from the "petrol bomb" that had been dropped on the public.