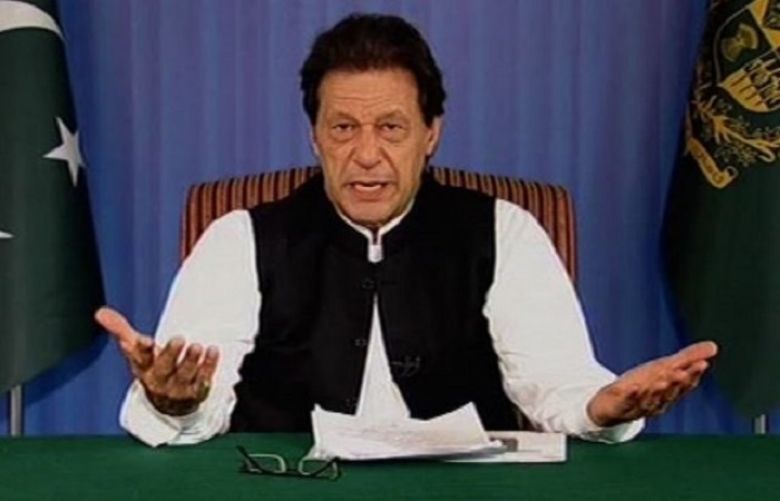 Prime Minister Imran Khan said in an interview that there is “no place for terrorists in his Naya Pakistan” and reiterated that the country has no link to Jaish-e-Mohammad, the proscribed organisation blamed by India for the suicide bombing in Pulwama.

“We’re already cracking down on them, we’re already dismantling the whole set up,” he said in an interview with British publication Financial Times. “What is happening right now has never happened before in Pakistan.”

Terming Indian prime minister Narendra Modi as the aggressor for resorting to an air strike inside Pakistan in the aftermath of the Pulwama attack, in which more than 40 Indian paramilitary soldiers were killed, PM Imran said he fears India has been gripped by “war hysteria” ahead of the elections there.

“I’m still apprehensive before the elections, I feel that something could happen,” the premier said.

“When Pulwama [attack] happened I felt that Modi’s government used that to build this war hysteria."

"The Indian public should realise that this is all for winning the elections. It’s nothing to do with the real issues of the subcontinent.”

PM Imran blamed Modi’s “anti-Muslim” government and its heavy-handed policies in Indian-occupied Kashmir for the attack.

“There’s Jaish-e-Mohammad in India, the boy who blew himself up, the 19-year-old boy, was a Kashmiri-Indian boy,” he said.

“His parents said he was radicalised by some abuse by the security force. So it was an Indian boy, Indian operation, Indian car, Indian explosive. Why was Pakistan blamed?”

The prime minister added that Pakistan could not allow terror groups to organise with impunity on its soil. “We cannot take the stance any more where you have these armed groups in our country,” he said.

“We can’t afford being blamed for any terrorist activity, like Pulwama.”

Pakistan Air Force also captured Indian pilot Abhinandan, who was then released as a peace gesture by Pakistan.

On Pakistan’s economic woes, Prime Minister Imran said the country was “pretty close to an agreement” with the International Monetary Fund.

“I’m determined that this will be the last time Pakistan will ever have to go to the IMF,” he stressed.

The premier also challenged claims that Pakistan had become a client state of China under the multi-billion China-Pakistan Economic Corridor.

“All I can say is that we are really grateful to the Chinese because this has been extremely helpful to us,” he said, dismissing criticism that China's loans to Pakistan represent “debt-trap diplomacy”.