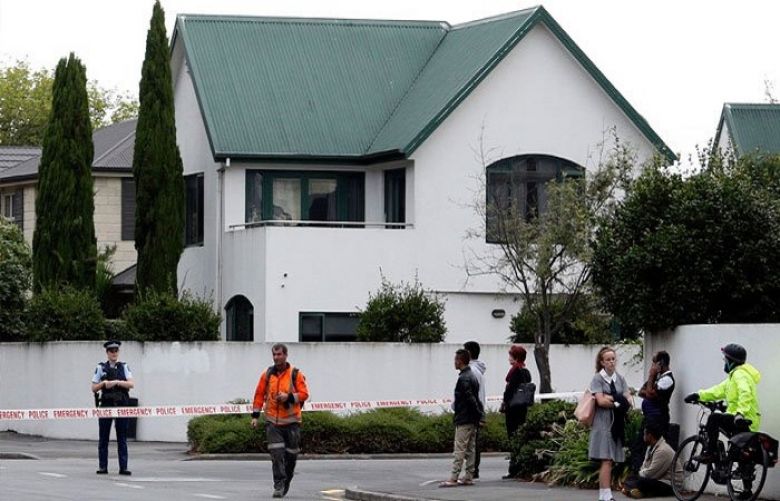 AFP Police cordon off the area in front of the Masjid al Noor mosque after a shooting incident in Christchurch on March 15, 2019. Attacks on two Christchurch mosques left at least 49 dead on March 15, with one gunman — identified as an Australian extremist — apparently livestreaming the assault that triggered the lockdown of the New Zealand city.

The Foreign Office of Pakistan said Friday that four Pakistani nationals were injured, while five were still missing after the horrific terrorist attacks on two mosques in Christchurch, New Zealand.

The wounded Pakistani nationals were being treated at hospitals, said Dr Mohammad Faisal, a spokesman for the Foreign Office of Pakistan.

He added, "Identities [of missing Pakistanis] are being authenticated in consultation with local authorities."

Attacks on the two Christchurch mosques left at least 49 dead Friday, with one gunman — identified as an Australian extremist — apparently livestreaming the assault that triggered the lockdown of the New Zealand city.

In what appeared to be the worst attack against Muslims in a western country, witnesses spoke of victims being shot at close range, with women and children believed to be among those killed.

The gunman at one mosque was an Australian-born citizen, Australian Prime Minister Scott Morrison said in Sydney, describing him as "an extremist, right-wing, violent terrorist".

It was not immediately clear how many attackers were involved, but New Zealand Prime Minister Jacinda Ardern said three men had been taken into custody and added that they were on the security watchlist.