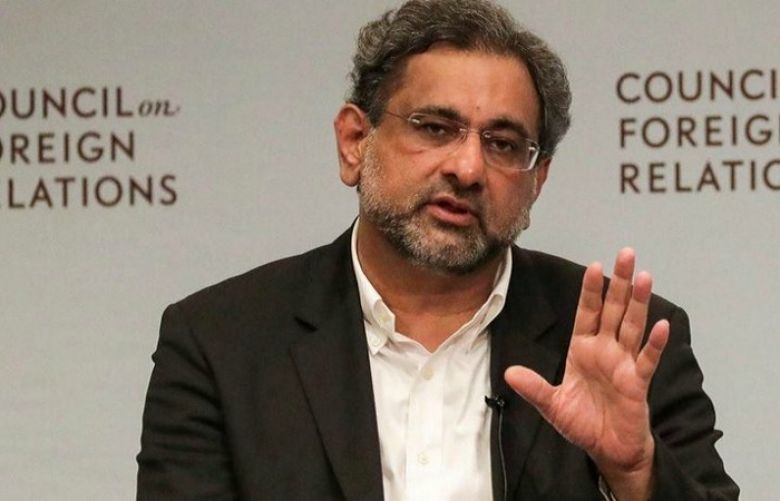 Former prime minister Shahid Khaqan Abbasi did not appear before the National Accountability Bureau (NAB) in connection with a probe into the liquefied natural gas (LNG) contract case on Thursday.

The Pakistan Muslim League Nawaz (PML-N) leader wrote a letter to the bureau, stating that he couldn’t appear as he was out of the country. He asked NAB to reschedule his appearance after March 17.

The anti-corruption watchdog had served a subpoena on the PML-N leader to turn up on March 7 (today) along with a reply to the questionnaire he was handed during his last appearance before a joint investigation team of the bureau.

Previously, the four-member team had questioned him for two hours during which he was asked 70 questions.

NAB is probing a case instituted against Abbasi in 2015 for allegedly awarding a LNG import contract at exorbitant rates, which caused a potential $2 billion loss to the national exchequer.

It accused Abbasi of misusing his powers during his stint as petroleum minister. The case was registered on a complaint by Shahid Sattar an energy expert and former member of the Planning Commission and the SSGC board of directors on July 29, 2015.

According to the bureau, the contract for the LNG import and distribution was awarded to the Elengy Terminal in 2013 in violation of the Public Procurement Regulatory Authority (PPRA) rules and relevant laws.