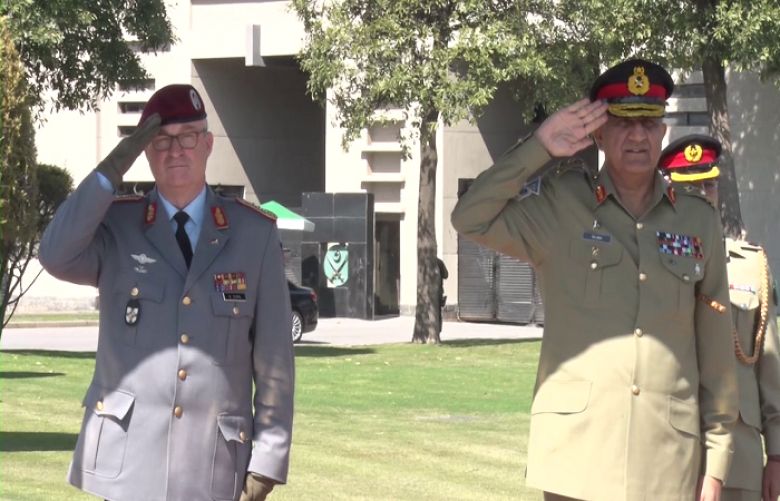 German Chief of Defence Staff also lied a floral wreath at Yadgar-i-Shuhada (Monument to Martyrs) the monument at GHQ.

Earlier in the day, Director General Inter-Services Public Relations (ISPR) Major General Asif Ghafoor said that it was up to India to reciprocate Pakistan’s peace gestures or escalate tensions between the two nuclear powers.

“We feel that now the ball is in the Indian court. Should they decide to escalate, the situation will go bad,” he said in an interview with CNN.

DG ISPR said the two neighbouring countries were close to war after the ingress by Indian warplanes into Pakistan.