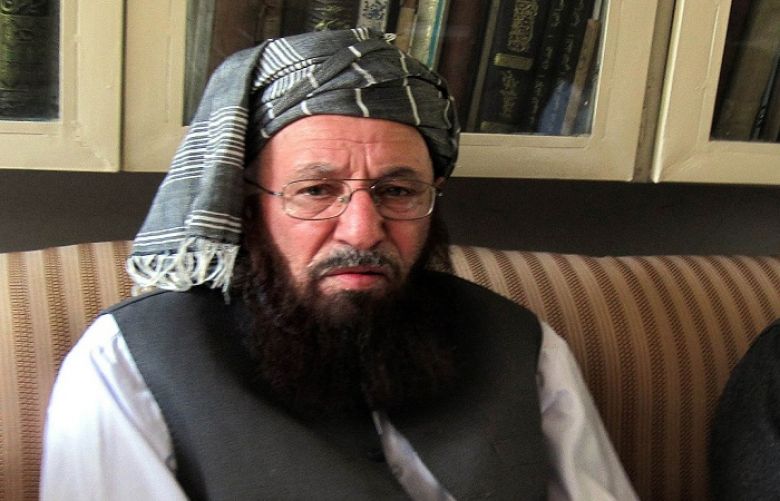 The police on Friday arrested personal secretary of Maulana Samiul Haq (late), chief of his own faction Jamiat Ulema Islam-Sami (JUI-S), and presented him before the court.

The JUI-S chief’s personal secretary was present at the time of crime at the religious leader’s residence.

The investigators had sought eight-day physical remand of the suspect.

Shah had mysteriously disappeared after murder of Maulana Samiul Haq.

Haq was assassinated at his residence in Rawalpindi on Nov 2 last year.

The case was registered under complainant Maulana Hamidul Haq, son of the deceased JUI-S chief, at the Airport Police Station in Rawalpindi.

Hamid ul Haq said his father was stabbed to death at his Rawalpindi residence.

He said his father was unwell and taking rest at home when he came under the attack.

He said Maulana Sami ul Haq’s driver and gunman were away when he was stabbed and added that when one of his servants returned he saw his father lying in a pool of blood.