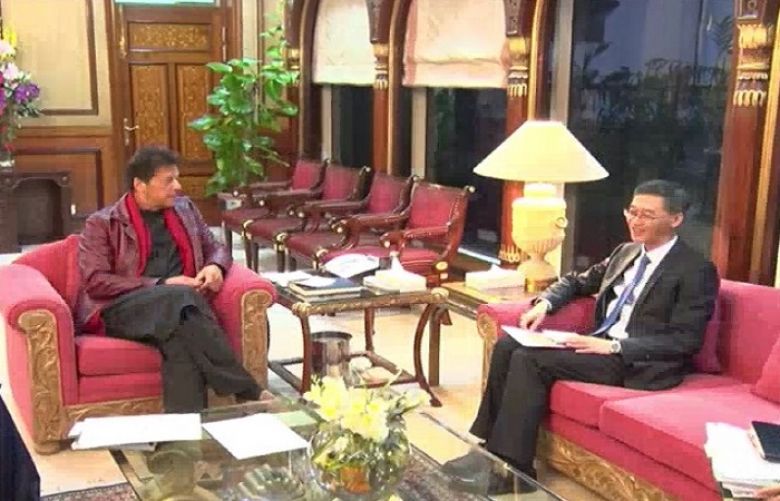 He expressed this resolve during a meeting with Prime Minister Imran Khan in Islamabad today.

The Ambassador said Pakistan and China are closest friends and partners. He also updated the Prime Minister on the CPEC projects. The Chinese Ambassador said that the next stage of CPEC would be focused on to invest more and buy more from Pakistan.

The Prime Minister said Pakistan and China are close friends and strong partners.

Praising the vision of President Xi Jinping for Chinese socio-economic development, he said Pakistan can learn much from the Chinese experience for the social uplift of the people of Pakistan.

The Prime Minister said that CPEC has added a new dimension to bilateral ties and reiterated Pakistan’s commitment to its timely completion. He expressed satisfaction at the important progress made on the CPEC projects.

Imran Khan also underscored his priorities for Transfer of Technology and enhancing capacity in agricultural sector, which will have direct impact on poverty alleviation in rural areas.