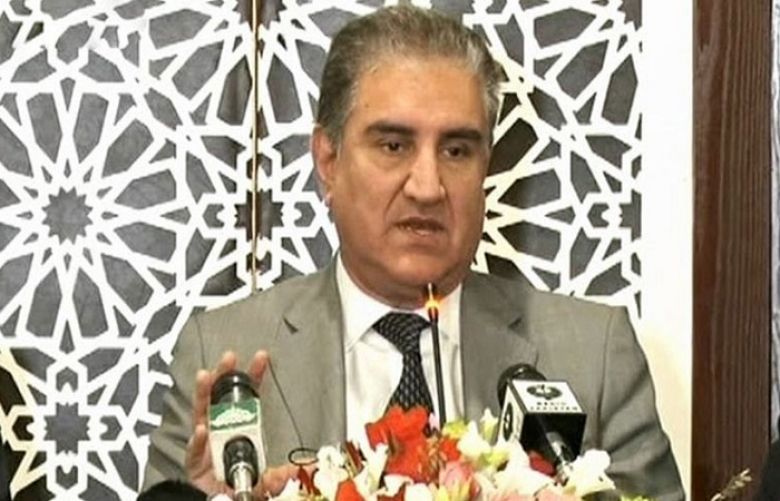 Foreign Minister Shah Mehmood Qureshi says during the upcoming visit of Saudi Crown Prince minimum eight MoUs are expected to be signed and a Coordination Council will be set up to monitor the progress on signed agreements.

Addressing a news conference along with Information Minister Chaudhry Fawad Hussain and Prime Minister's Advisor on Commerce Abdul Razak Dawood in Islamabad today, he said Saudi Arabia is our close and trustworthy friend and the relations with the visit of Crown Prince Muhammad Bin Salman will be improved further.

Foreign Minister said back to back visits of Prime Minister Imran Khan to Saudi Arabia has improved the relations which were declined in the tenure of previous government.

The Minister said Pakistan's relations with Saudi Arabia are entering in a new era.

He said during the Prime Minister's visit to Riyadh, Saudi leadership desired to turn friendly relations in economic partnership.

The Foreign Minister said he is leaving for Germany tomorrow to attend Munich conference on Afghan issue.

He informed the media that he will hold meetings with Afghan President Ashraf Ghani and other world leaders to bring peace in Afghanistan.

Speaking on the occasion, Information Minister Chaudhry Fawad Hussain said presently Pakistan is playing a significant role in Middle East. He said a warm welcome will be accorded to the Saudi Crown at his arrival in Islamabad.