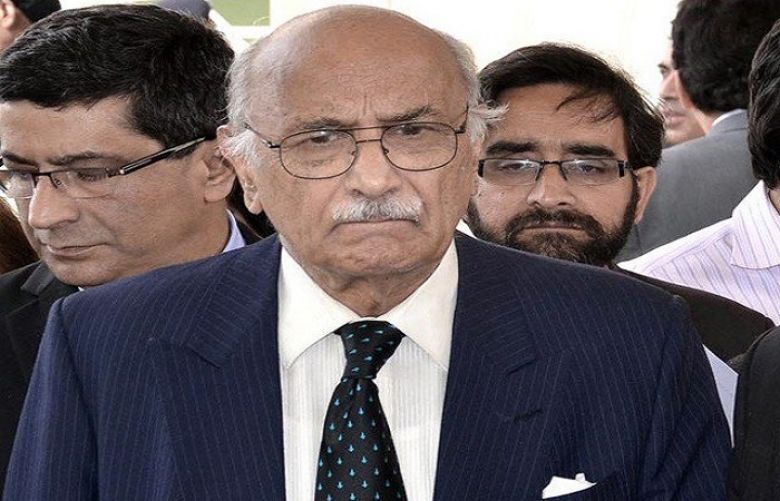 The Supreme Court on Monday, while hearing the long-running case filed by late air chief marshal Asghar Khan, ordered that the inquiry against Pakistan Army officers involved in the case be completed within four weeks.

A three-judge bench headed by Justice Gulzar Ahmed heard the case. The late air chief marshal had petitioned the apex court in 1996 alleging that two senior army officers and then-president Ghulam Ishaq Khan had doled out Rs140 million among several politicians to rig the 1990 polls against Benazir Bhutto.

Ordering that the inquiry against the Pakistan Army officers involved in the case be completed within four weeks, the top court directed that a report be presented.

The court declared that the Federal Investigation Agency's (FIA) report will be reviewed along with the Defence Ministry's reply. "We will review whether the court order was implemented or not," the bench remarked.

During the hearing, Justice Gulzar inquired, "Why did the Ministry of Defence not initiate action for the court martial of the Pakistan Army officers involved?" In response, the attorney general said, "The matter will move forward after the inquiry is completed. Court martial can be done anytime if it is a case of fraud or loss to the national exchequer."

At this, Justice Ijazul Ahsan said, "28 years ago, Rs18.4 billion was spent in the Asghar Khan case."

The head of the bench, Justice Gulzar, then remarked, "Muttahida Qaumi Movement (MQM) founder was also given money but his name neither appeared in the case nor in the FIA report."

However, the attorney general said, "The MQM founder's name was mentioned in the FIA report. He is not in Pakistan and talks are under way with the British government in this regard."

"Talks are under way for the repatriation of the MQM founder and other accused and major head way is expected soon," the attorney general added.

Khan, who passed away in January this year, was represented in the Supreme Court by renowned lawyer Salman Akram Raja.

Khan had petitioned the Supreme Court in 1996 alleging that the two senior army officers and the then-president Ghulam Ishaq Khan had doled out Rs140 million among several politicians ahead of the 1990 polls to ensure Benazir Bhutto's defeat in the polls.

The Islamic Jamhoori Ittehad (IJI), consisting of nine parties including the Pakistan Muslim League, National Peoples Party and Jamaat-e-Islami, had won the 1990 elections, with Nawaz Sharif being elected prime minister. The alliance had been formed to oppose the Benazir Bhutto-led Pakistan Peoples Party.

In 1996, Khan had written a letter to the then Supreme Court Chief Justice Nasim Hassan Shah naming Beg, Durrani and Younis Habib, the ex-Habib Bank Sindh chief and owner of Mehran Bank, about the unlawful disbursement of public money and its misuse for political purposes.

The 2012 apex court judgment, authored by the then-Chief Justice of Pakistan Iftikhar Chaudhry, had directed the Federal Investigation Agency to initiate a transparent investigation and subsequent trial if sufficient evidence is found against the former army officers.