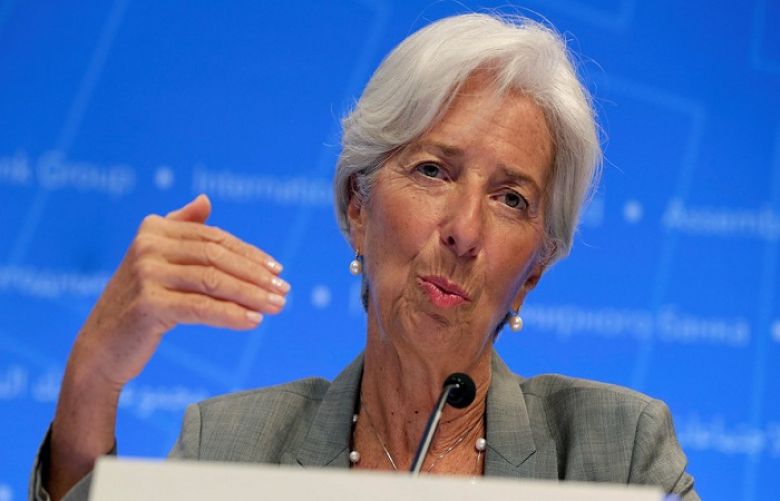 “I reiterated that the IMF stands ready to support Pakistan,” Lagarde said in a statement following meeting Khan on the sidelines of the World Government Summit in Dubai, hosted by the United Arab Emirates.

A team from the International Monetary Fund visited Pakistan in November to discuss a possible bailout with officials, though the talks ended without agreement, but since then the government official said talks were still ongoing on a possible bailout.

Pakistan — which has gone to the IMF repeatedly since the late 1980s — is facing a balance of payments crisis. “I also highlighted that decisive policies and a strong package of economic reforms would enable Pakistan to restore the resilience of its economy and lay the foundations for stronger and more inclusive growth,” said Lagarde, calling the meeting “good and constructive”.

Forecasts by the IMF and World Bank suggest the Pakistani economy is likely to grow between 4.0 and 4.5 percent for the fiscal year ending June 2019, compared to 5.8 percent growth in the last fiscal year.

Addressing the World Government Summit, prime minister Khan said his government has started a reform programme and was trying to improve its economic policies.

“Reforms are painful but it is essential if we have to get out of our current problems,” Khan told the summit and said his government was making efforts to cut down the fiscal and current account deficit. Khan hoped that the time has come that “Pakistan will take off”.

Khan has launched a highly publicised austerity drive since being sworn in, including auctioning off government-owned luxury vehicles and buffaloes, in addition to seeking loans from “friendly countries” and making overtures to the IMF.

Islamabad also secured $6 billion in funding from Saudi Arabia and struck a 12-month deal for a cash lifeline during Khan’s visit to the kingdom in October. It has also received billions of dollars in Chinese loans to finance ambitious infrastructure projects.

Despite the pledges, the ministry of finance said Pakistan would still seek broader IMF support for the government’s long-term economic planning. In January, Pakistan launched a new investment certificate for overseas citizens, aimed at easing the country’s balance of payments crisis.