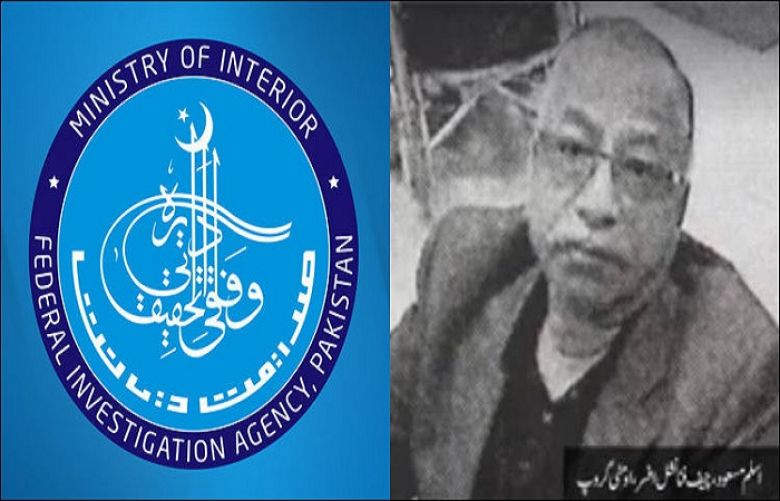 The ‘mastermind’ of fake bank accounts case, Aslam Masood, who was nabbed on Feb 8 by the Federal Investigation Agency (FIA), complained of a cardiac pain on Saturday.

According to details, the investigation agency has moved Masood to the Rawalpindi Institute of Cardiology for his medical check-up.

The FIA had to seek the suspect’s remand today for transporting him to Karachi, so that he can be produced before the banking court, hearing the fake bank accounts case involving former president Asif Ali Zardari and his sister Faryal Talpur.

Masood, Chief Financial Officer (CFO) of Omni Group, was arrested by the Interpol when he was boarding a flight from London to Jeddah in October.

Yesterday, he was subsequently extradited to Pakistan from Saudi Arabia.

An FIA team had wanted to go to Saudi Arabia and arrest Masood there, however, the team wasn’t issued visas.

He was deported by Saudi Arabia on Friday afternoon, and as soon as he landed at the Islamabad International Airport, he was taken into custody by the FIA.

Earlier in August, the Supreme Court (SC) had issued non-bailable arrest warrants for Masood, declaring him an absconder.