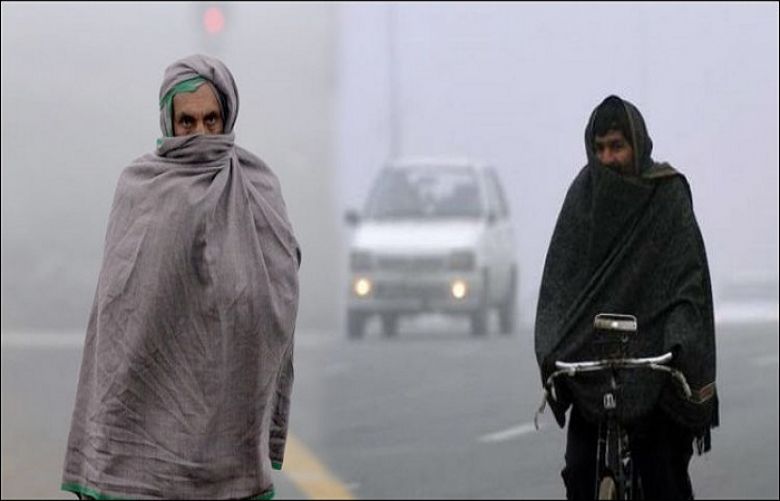 Intense cold and windy weather continued to prevail in most parts of Pakistan on Saturday as mercury goes down in Kalat, Balochistan to minus six degree Celsius.

According to Pakistan Meteorological Department (PMD), cold winds blowing in Kalat, Quetta and other parts of Balochistan and northern areas.

Shallow westerly wave is present over northern parts of the country.

Mainly cold and dry weather is expected in most parts of Pakistan today, however, rain is expected at isolated places in Kalat, Quetta and Zhob divisions in Balochistan.

The frosty weather resulted low pressure of gas and long hours of power load shedding in Kalat causing hardships for the citizens.

The visibility range in Shorkot, Pakpattan, Toba Tek Singh and Bahawalnagar in Punjab went down to 50 meters’ limit.

The motorway from Lahore to Shekhupura opened after improved visibility in the region.

Karachi received light rainfall in different parts of the city in the wee hours of Saturday. The met office has predicted showers in the metropolis on January 29 and 30th (Tuesday and Wednesday).

Mainly cold and dry weather is expected in most parts of the country on Sunday.

However, rain is expected at isolated places in Makran divisions.

Foggy conditions are likely in plain areas of Punjab and upper Sindh during night and morning hours.