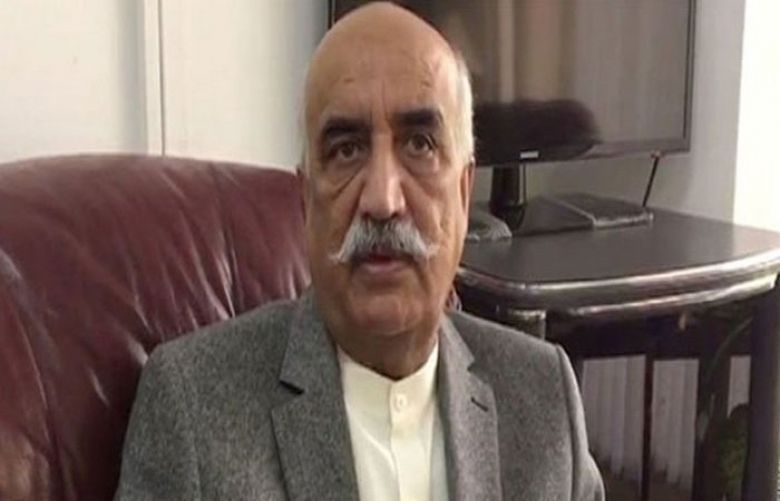 Senior Pakistan Peoples Party (PPP) leader Syed Khursheed Shah has said the government lacks capability, policy and attitude but he is not in favour of mid-term elections.

Shah said the new government should be allowed to work and that there is no need for in house change. However, he added they will protest in the National Assembly against the recent price hike and that they will see if there is a need for military courts or not in the country.

“Nawaz Sharif’s downfall was caused by forgetting the way to the Parliament and choosing an alternative way," the PPP leader said. "It is true what Imran Khan says about the Parliment being fake because we all know how he got seats in the House.”

Shah further added that by not removing Bilawal Bhutto Zardari and Sindh Chief Minister Murad Ali Shah’s name from the Exit Control List, the government has challenged the Supreme Court.

Responding to question about a possible Pakistan Muslim League-Nawaz and PPP alliance, the former leader of the opposition in National Assembly clarified that Asif Ali Zardari visited Nawaz Sharif to offer his condolences.