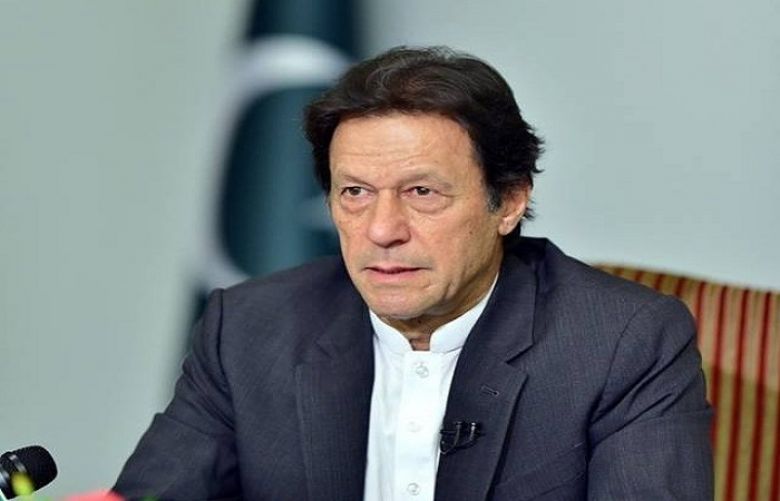 Prime Minister Imran Khan on Thursday said he is happy that the United States has for the first time agreed with the stance of his party, Pakistan Tehreek-e-Insaf (PTI), that there cannot be a military solution to the Afghan war.

Addressing a meeting of the federal cabinet, the premier spoke about his meeting with US Special Representative for Afghanistan Reconciliation Zalmay Khalilzad who is currently visiting Pakistan. "Khalilzad was sent by the US President Donald Trump to discuss the Afghan peace process and I am happy that I met him."

"I am also happy that for the first time the US has recognised what we [PTI] have been saying for the past 15 years that there cannot be a military solution to the Afghan war," he said.

"The US wants our help to establish peace in Afghanistan and I always believed that instead of 'do more' we should play a role in the Afghan peace process," the prime minister told cabinet members. "We will try our best to establish peace in Afghanistan through dialogue," he added while lamenting that "we were treated as if we were being given funds to fight someone else's war".

"It is good that we have gotten the chance to play the role of a mediator rather than fighting someone else's war," PM Imran said.

The premier also spoke about the Yemen issue and said, "I spoke to Saudi Arabia and Iran's foreign minister regarding establishing peace in Yemen. The Iranian foreign minister asked us to play a role to bring an end to the Yemen war."

Further, speaking about the groundbreaking of the Kartarpur corridor, PM Imran said, "Unfortunately, India portrayed it as us seeking political advantage. During my swearing-in ceremony when Navjot Singh Sidhu visited we had discussed this."

"I am glad that the government pressed for the opening of the corrior," he added. "If someone's religious sites are in Pakistan then we should facilitate them. We are not doing anything new, these things were part of our manifesto."

Expressing happiness over the response from the Sikh community, PM Imran said, "Kartarpur is for them what Medina is for us."

"We are hopeful that India will also respond positively," the premier further said.

Regarding the economy, the premier said, "Our economic teams performed in difficult circumstances and I want to give special credit to the finance, commerce and planning ministries."

"Investment is coming in Pakistan but opponents make it seem that the country is in crisis," he asserted and questioned how investment could have come in crisis situation.

"Suzuki, Pepsi, Coke and Exxon have decided to invest millions of dollars in the country. A school will be opened for the transfer of technology and training to our people and credit for all this goes to our economic teams."

"Our economic teams created an environment favourable for investment even in difficult times. Investments lead the country towards progress," he stressed.