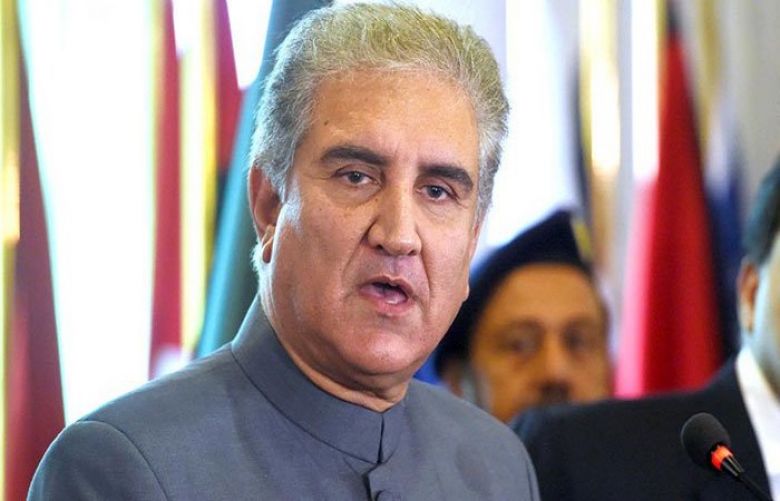 Foreign Minister Shah Mehmood Qureshi said Monday that Pakistan had paid with blood in the United States-led war on terror.

The comments followed President Donald Trump's diatribe against Pakistan in which he accused Islamabad of taking billions of dollars in aid and not doing “a damn thing” for the US.

"Pakistan has paid with blood in the war on terror. We lost 75000 people and our economy lost an estimated $123 billion," Qureshi said in his tweet.

"The United States is safer today because of our contributions and it's a shame to hear statements that don’t take those facts into account."

Prime Minister Imran Khan, in a series of tweets in response to Trump's allegations, criticised the US president for accusing Pakistan.

"Trump’s false assertions add insult to the injury Pak has suffered in US WoT in terms of lives lost & destabilised & economic costs. He needs to be informed abt historical facts," Khan said.

"Pak has suffered enough fighting US's war. Now we will do what is best for our people & our interests."

Khan's statement was a response to Trump's tweets on Monday in which he accused Pakistan of taking billions of dollars in aid from the United States without giving anything in return.

“We no longer pay Pakistan the $Billions because they would take our money and do nothing for us, Bin Laden being a prime example, Afghanistan being another,” the US president said in a series of tweets.

The US had “paid Pakistan billions of dollars and they never informed us he [Osama bin Laden] was living there,” he said, adding that the US should have captured Osama bin Laden long before the 2011 Abbottabad raid.

“I pointed him out in my book just before the attack on the World Trade Center. President Clinton famously missed his shot,” Trump said in his tweets.