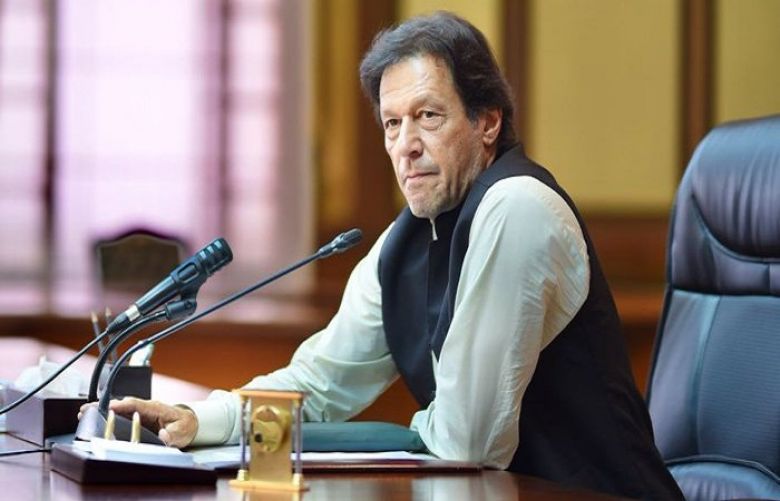 File Photo Wanted to present an image of peaceful Islam in front of the whole world: PM

Prime Minister Imran Khan on Tuesday said that consultations with religious scholars and sects were necessary to set up a Medina-like welfare state.

He said this in his meeting with Federal Minister for Religious Affairs Noorul Haq Qadri who called on him at PM office today (Tuesday).

Federal Minister for Information and Broadcasting Fawad Chaudhry was also present in the meeting.

During the meeting, the religious minister apprised the prime minister about present situation.

Speaking on the occasion, Imran Khan said that he wanted to present an image of peaceful Islam in front of the whole world, adding that it is the responsibility of the state to convey the coming generations, the message of blessings from of the life of Holy Prophet Hazrat Muhammad (Peace be upon Him).

Consultation with the Ulema from all religious schools of thought is necessary for the establishment of Madina state, the prime minister observed.

“The upcoming 12th Rabiul Awwal would be observed with religious zeal and fervour and the provincial governments had been directed in that regard,” he added.