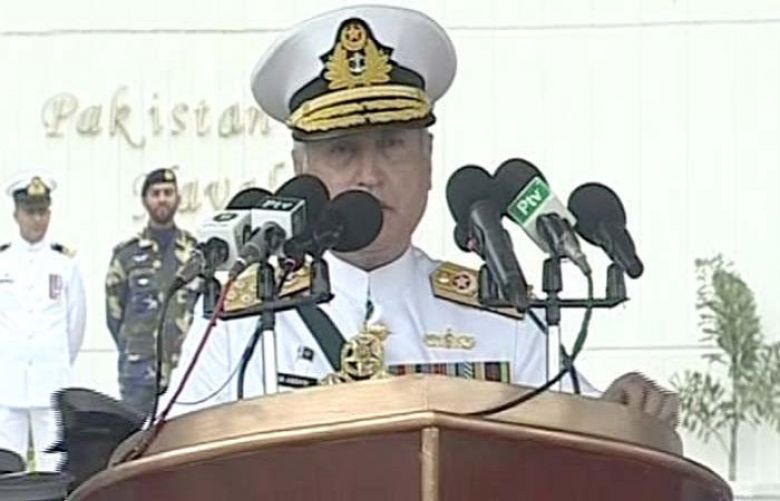 Chief of Naval Staff Admiral Zafar Mahmood Abbasi reiterated on Saturday that Pakistan’s desire for peace should not be mistaken for weakness and the country is fully capable of responding effectively to any act of aggression.

He was addressing the 109th passing-out parade of Pakistan Navy Midshipmen at the Naval Academy, where he was the chief guest of the ceremony.

Pakistan Navy is ready to provide security to the China-Pakistan Economic Corridor and Gwadar Port, the naval chief asserted.

He further said that the country remains committed to peace and prosperity in the region.

As many as 43 officers from friendly countries were also among the pass-outs, including from Bahrain, Saudi Arabia, Jordan and Qatar.