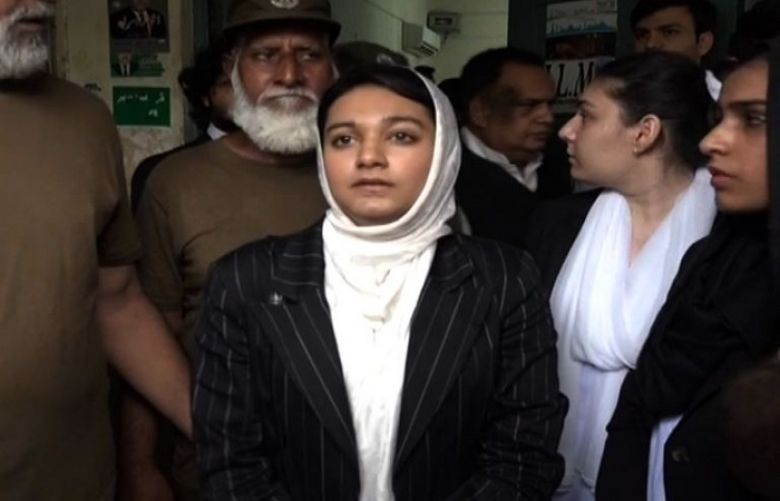 The Supreme Court on Wednesday formally admitted for hearing an appeal filed by stabbing victim Khadija Siddiqui against the acquittal of her accused attacker, Shah Hussain.

The court today directed Hussain to submit surety bonds worth Rs100,000 to ensure his appearance at the next hearing.

Justice Khosa during the hearing wondered what reason there was for Khadija and her younger sister to accuse Hussain of the crime out of all the people.

He asked the accused's lawyer whether both Hussain and Khadija were law students. Khadija was a fellow law student of Hussain when she was attacked.

"Both of them must have learnt quite a bit about law following this incident," the senior judge remarked.

Justice Khosa observed that the victim was attacked during daytime, adding that there would have been room for doubt had the incident occurred during the night.

Chief Justice of Pakistan Mian Saqib Nisar had taken suo motu notice of Hussain's acquittal by the Lahore High Court. He told Khadija's counsel on Sunday that her appeal would be forwarded for hearing to an SC bench headed by Justice Khosa.

Justice Sardar Ahmad Naeem of the LHC had on June 4 acquitted Hussain giving him benefit of doubt. The judge had observed that the prosecution had failed to establish its case and the court could not solely rely upon the statement of the injured victim and witness.

Last year, a judicial magistrate had sentenced Hussain to seven-year imprisonment under section 324 of the Pakistan Penal Code for trying to kill Khadija. Later in March this year, a district and sessions court had reduced the sentence by two years.

According to the prosecution, Hussain attacked Khadija on May 3, 2016 near Shimla Hill where she along with her family driver had gone to pick up her younger sister from school. Both sisters were about to get into their car when a helmet-wearing Hussain attacked Khadija with a knife and stabbed her 23 times, leaving her critically injured. The Civil Lines police had registered a case against Hussain on the charge of murder attempt.