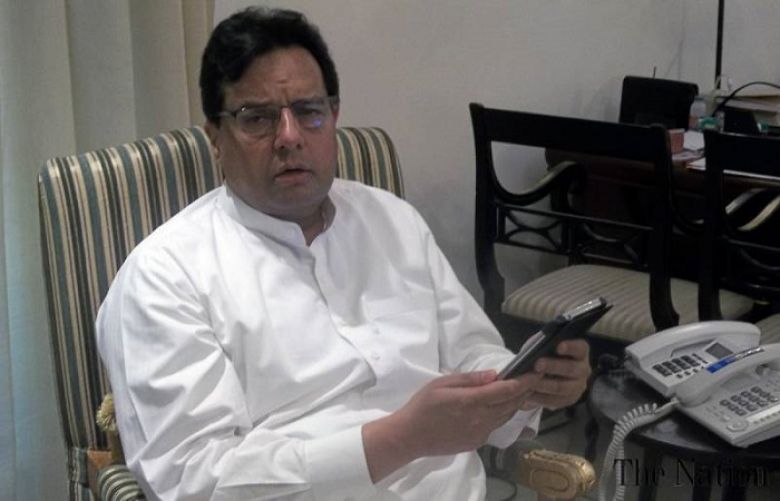 In its report, the JIT investigating Panama Papers case submitted to the Supreme Court this week, the six-member team led by Wajid Zia also reveals their observations on the statements made by the Sharif family members while being interrogated.

Regarding the PM’s son-in-law’s appearance, the JIT says that he was absolutely evasive, non-committal and speculative while recording his statement.

“He (Capt Safdar) was untruthful, dishonest, deceitful and shifty on many accounts, displaying wanting conduct,” the JIT report states. “His emphasis was on propagating that he was highly upright, self-contained and an independent person, which was inconsistent with the facts brought out by him during the proceedings.”

The report states that Sadfar told the JIT that he along with other family members was receiving an allowance from Mian Muhammad Sharif, the PM’s father, while in exile in Jeddah and thereafter. This was in addition to the day-to-day expenses also being provided by Muhammad Sharif to family members.

Safdar was receiving about 1,500 Saudi Riyal per month and this practice is still continuing, however, according to the JIT report, despite repeated questions, he did not divulge the source of his allowance after Muhammad Sharif’s death.

The report adds that after his father’s death, Nawaz Sharif became the head of the family, which Punjab Chief Minister Shehbaz Sharif had also stated.

“The continuation of pocket money/ subsistence allowance since 2004 indicates that the head of the family PM Nawaz Sharif continues to support/make up for expenses of all family members,” the report states. “This is further corroborated by the exchange of gifts worth millions of dollars within the family.”

Safdar appeared before the JIT on June 24. Following the appearance, he told reporters that the Panamagate case was a conspiracy not just against Nawaz Sharif but against the integrity and ideology of Pakistan.

He claimed the JIT members were receiving “chits and files containing questions from somewhere outside” during the course of his interrogation.