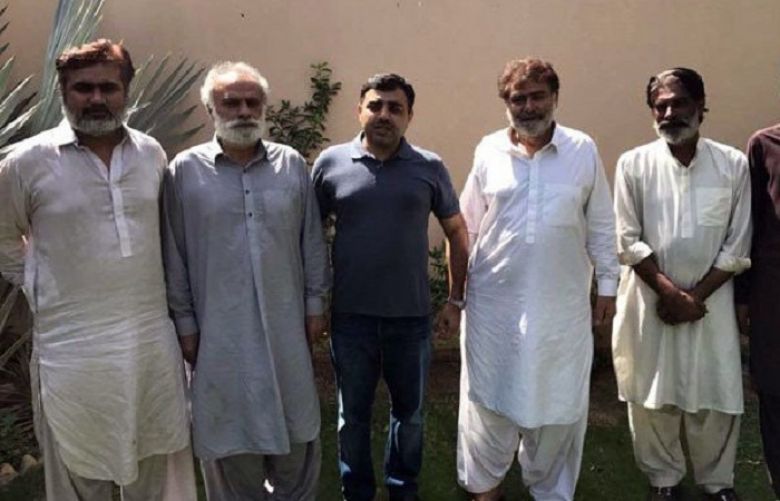 Two close aides of former president Asif Ali Zardari, who had reportedly gone missing earlier in April, were recovered from Balochistan along with their three staff members.

Ghulam Qadir Marri and Ashfaq Leghari, as well as three members of their staff, were reported missing on April 7 after Marri's vehicle was found abandoned near a thermal power station in Jamshoro.

They were all shifted to Karachi.

PPP Senator Saeed Ghani in a press statement said that the reportedly kidnapped persons were rescued solely via the help of law enforcement agencies and that the PPP did not "strike any deal" to rescue them.

The PPP had suspected that they had been taken into custody by the powers who the party thought were plotting against Zardari.

Marri owns rich agricultural land in Tando Allahyar and lives in Darya Khan Marri’s village. According to family sources, he is suffering from multiple ailments. He looks after agriculture lands and related matters of top PPP leaders.

He accompanied Zardari during his visit to Hub in the third week of March for a political gathering. He is said to be quite close to Mir Munawar Talpur, husband of Zardari’s sister Faryal Talpur.

Moreover, Ashfaq Leghari went missing or was kidnapped on the Super Highway. Leghari is said to be working for the Omni group’s Dubai office. He went missing in the area of Gadap police station.

The three other people who had gone missing with Marri were identified as Khan Mohammad Mangi, said to be a secretary of Marri, Sajjad Arain and driver Mehboob Khaskheli.