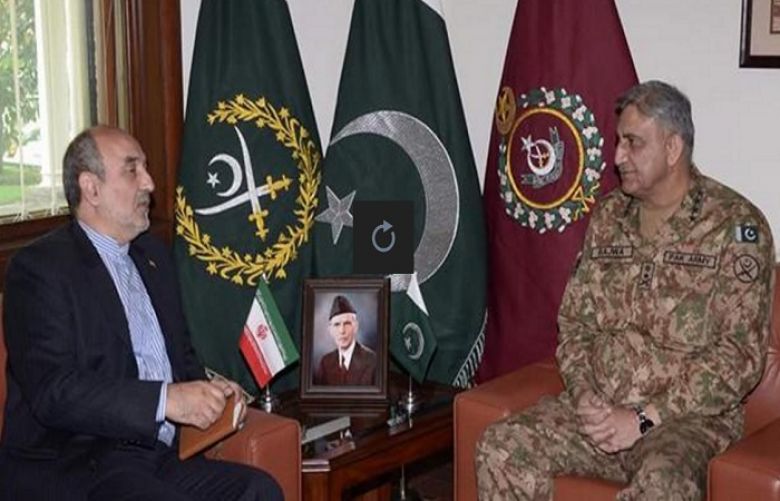 Chief of Army Staff (COAS) General Qamar Javed Bajwa said on Wednesday that Pakistan greatly values its historic relationship with Iran and the same will continue based on mutual trust and respect for each others interests.

According to an Inter-Services Public Relations (ISPR) press release, Ambassador of Iran to Pakistan Mehdi Honardoost called on the COAS.

The evolving regional security matrix and other issues of mutual interest were discussed during the meeting, including measures against the common threat of terrorism.

On April 5, DG ISPR during a briefing to the media at the Pakistani High Commission in London stressed that Pakistan attached value to relations with both Saudi Arabia and Iran and the appointment of former Army chief General (retd) Raheel Sharif as the head of the Saudi-led military coalition will help remove confusions.