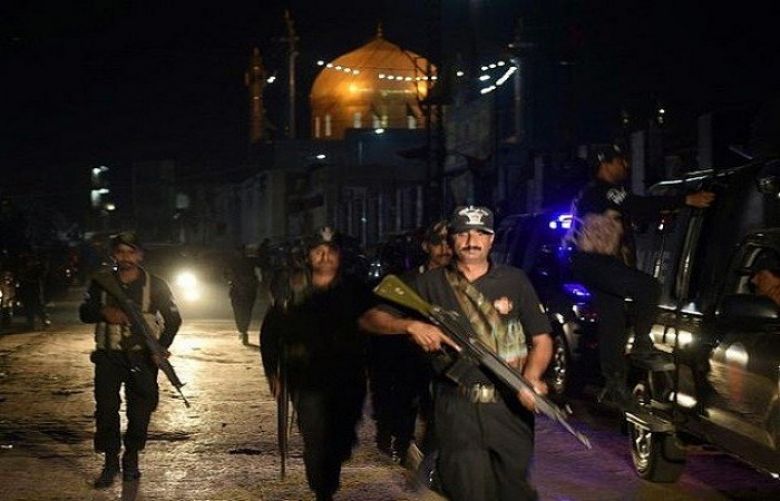 The military's media wing on Friday evening claimed to have killed more than 100 suspected militants in intelligence-based operations carried out by security forces across the country, including Punjab, in the past 24 hours. “The intelligence agencies are making progress to unearth networks behind the recent terrorism incidents,” read a statement issued by Inter-Services Public Relations.

In its statement, the military claimed that it had found linkages to militant support networks operating from across the border.

IBOs and combining ops across the country including Punjab. Over 100 Ts killed besides sizeable apprehensions during last 24 hours. pic.twitter.com/hVrzRFTSrr

“The border has been closed since last night due to security reasons. No cross-border or unauthorised entry will be allowed into Pakistan from Afghanistan,” read the statement.

Security forces have been given special orders to maintain strict vigilance all along the border, it added.

"Army is for security of people of Pakistan against all types of threat. Nation to stay steadfast with full confidence in their security forces. We shall not let the hostile agenda succeed whatever it may cost," the army chief was quoted as saying.

“Both the federal and provincial law enforcement authorities and police started a crackdown across the country before dawn, and scores of suspects have been arrested from different cities,” a government official speaking on condition of anonymity had told AFP early on Friday.

He said the sweeping operation will intensify in the coming days.

The Army had launched a search and strike operation in the Shalman area of Khyber Agency near the Pak-Afghan border, using heavy artillery, security sources said. Four alleged terrorists were killed in the Lower Orakzai tehsil of the Orakzai Agency during the operation, the sources said.

Three alleged terrorists were killed during a search and strike operation in the Reggi area of Peshawar. According to officials, weapons and hand-grenades were also recovered from the militants.

Four more were killed in Bannu during an exchange of fire.

Six militants were killed in the Khyber Agency.

A statement from the paramilitary Rangers said at least 18 terrorists had been killed in operations in Sindh overnight, while police officials said seven more had been killed by them.

Two more militants were killed in a gun battle with police on Sariab Road in Quetta.

Earlier in the day, Afghan diplomats were summoned to General Headquarters (GHQ) in Rawalpindi by the Army, which lodged a strong protest against the use of Afghan soil by terrorists to carry out attacks in Pakistan.

The Afghan officials were also handed over a list of 76 "most wanted" terrorists by the Pakistan Army, DG Inter-Services Public Relations (ISPR) Maj Gen Asif Ghafoor had said in a Tweet.

Afghanistan was asked to either take "immediate action" against the named terrorists or hand them over to Pakistan, he said.

Meanwhile, in a telephonic conversation with Afghan National Security Adviser Hanif Atmar, Adviser to Prime Minister on Foreign Affairs Sartaj Aziz underlined that the government and the people of Pakistan were in a state of deep anguish and pain at the recent terrorist incidents in various parts of Pakistan, which had resulted in the loss of precious human lives.

Aziz had also told Atmar that the banned terror outfit, Jamat-ul-Ahrar, had accepted responsibility for the acts of terror, and expressed serious concerns that the terrorist outfit continued to operate from its sanctuaries and safe havens in Afghanistan while Pakistan's calls to Afghan officials regarding their existence went unheeded.