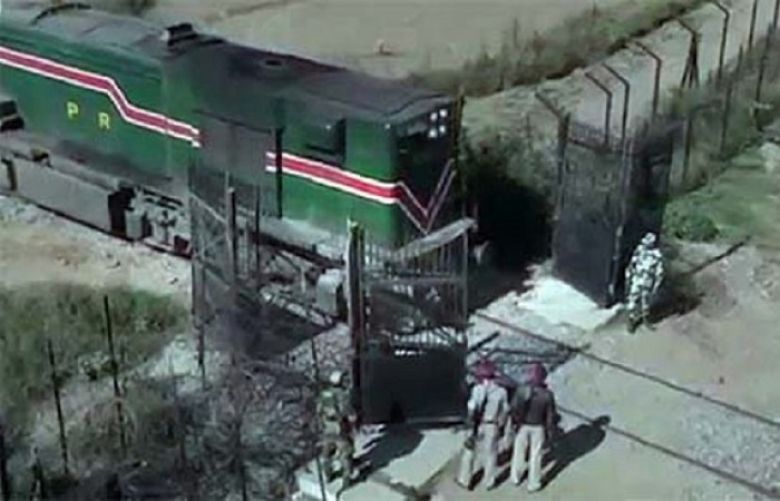 Samjhauta Express train service, which runs between New Delhi and Lahore, has resumed few hours after its suspension by the Indian authorities.

The trans-border Samjhauta Express has left from Lahore station at 8:00am today (Monday) with 138 passengers onboard.

Some passengers could not travel due to clearance issue.

Earlier the Indian authorities claimed that the train service was delayed due to “internal matter” pertaining to labour.

Samjhauta Express, a bi-weekly train that runs from Lahore to Attari and then to New Delhi, was started in 1976.

On the other hand, Lahore-Delhi ‘Dosti Bus Service’ operated as normal on Monday. The bus departed from Liberty Terminal at 6:00am today with 11 passengers.

The passenger bus service connecting the city of Lahore with the Indian capital of New Delhi travels via the border transit post at Wagah.

The Delhi-Lahore bus service was launched in March 1999 in a bid to promote relations between the two countries.

The development comes amid growing tension between India and Pakistan in the wake of Uri attack.

India has accused Pakistan-based Jaish-e-Mohammed for the September 18 attack in Baramulla district of occupied Kashmir that has reportedly claimed lives of 17 soldiers.

Pakistan has rejected the allegations, stating India always starts accusing Pakistan immediately after any attack without waiting for investigation.

Prime Minister’s Advisor Sartaj Aziz has demanded that an independent international commission should be constituted to unearth the facts.

The Foreign Office had earlier stated that India is trying to divert world attention from its continuous atrocities in the occupied Kashmir by escalating tension with Pakistan..

Indian occupied Kashmir has been under a major security lockdown during more than two months of protests sparked by the July 8 killing of a popular young freedom fighter Burhan Wani.

So far, Indian forces have killed more than 100 Kashmiri protestors and injured thousands of them.