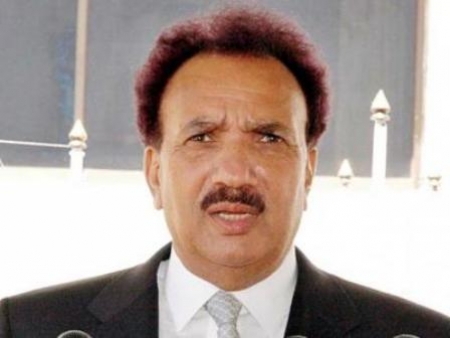 The Interior Minister said aerial monitoring will be carried out of rallies and public meetings on Friday.

Interior Minister Rehman Malik says violent protests in Islamabad were taken place at the behest of Punjab Government. In a statement in Islamabad on Thursday‚ he said a judicial inquiry will be conducted to know that who brought the protesters in the vehicles. The Minister said the Punjab government had been directed in writing to stop the protestors from coming to federal capital. He said members of banned organizations also took part in the protests. Rehman Malik said it is the responsibility of the government to protect foreigners in diplomatic enclave. He said aerial monitoring will be carried out of rallies and public meetings on Friday. The Interior Minister said a letter is being written to UN Secretary General on blasphemous film.