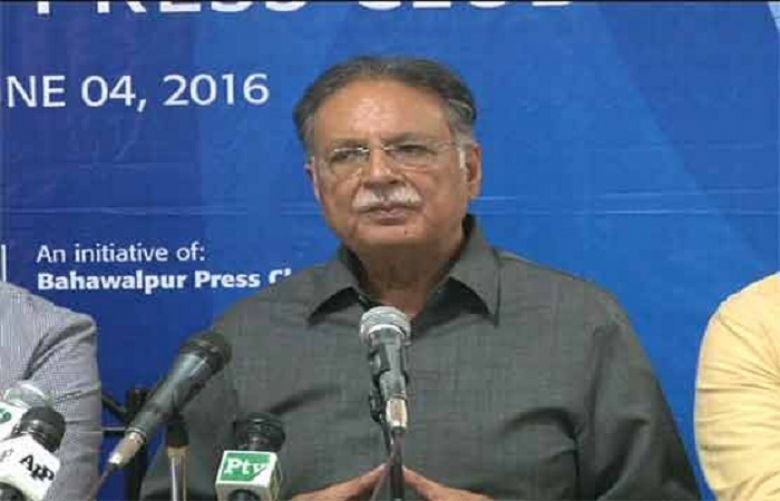 Federal Minister of Information Pervaiz Rashid lambasted Pakistan Tehreek-e-Insaf (PTI) chairman Imran Khan by stating that instead of waiting for the next elections, Khan intends to take over Islamabad through force.

While addressing a conference based on journalism that took place in the Lahore Press Club, Pervaiz Rashid said that the investment opportunities would be badly influenced if turmoil is spread in the country.

Rashid said that 2018 is the year in which general elections will be held in the country and that campaigning in this regards shall be initiated from next year.

He added that Imran Khan wants to take over the government by force as he is aware that he will have to face defeat in the elections.

Pervaiz Rashid said that the opinion of the parliamentary committee formed to formulate the Terms of References (TORs) dealing with the Panama Leaks issue should be awaited otherwise there the very purpose of forming the committee will fail.

He said that India giving a clean chit to Pakistan over the Pathankot incident is an outcome of Prime Minister (PM) Nawaz Sharif’s strategy based on extraordinary discernment.

Information Minister emphasised that the media should play a role towards promoting love and humanity.