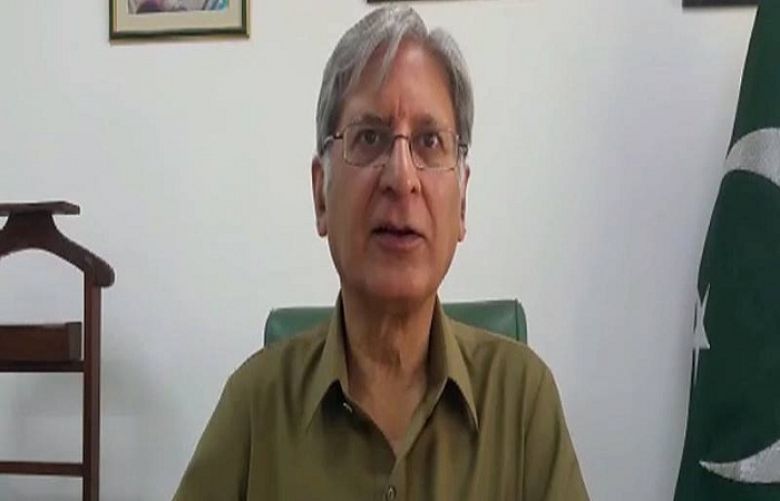 The name of Prime Minister Nawaz Sharif has not been removed from the proposed terms of reference (ToRs) for an inquiry into Panamagate, PPP Senator Aitzaz Ahsan, who is a member of the committee from opposition side, said on Friday.

In an apparent response to some media reports that the opposition had agreed to remove the prime minister's name from the draft terms, Ahsan clarified that "Prime Minister Nawaz Sharif's name continues to exist [in the ToRs] by virtue of Hussain Nawaz being named in the Panama Papers".

It has been defined in the proposed ToRs that the family including parents, children, spouse and grandchildren of the person being probed under Panamagate will be part of the inquiry, said the opposition leader.

According to statements of MNAs’ assets released by the Election Commission of Pakistan (ECP) last month, Prime Minister Nawaz Sharif receives colossal amounts in remittances from his son, Hussain Nawaz, who is settled in the UK.

The premier received over Rs215 million from Hussain Nawaz in 2015. He had previously received remittances from his son, worth Rs239 million and Rs197. 5 million in 2014 and 2013, respectively.

The nine-party opposition alliance feels that any investigation into the alleged scandal should deal first with the financial affairs of the prime minister’s family.

The government wants to widen the scope of the probe to loan defaulters and those who are accused of transferring money earned through corruption and kickbacks.

A 12-member parliamentary committee, which is tasked to draft joint ToR for an inquiry commission, held an in camera meeting on Thursday.

Following the meeting, Senator Ishaq Dar told media that the committee had agreed on a four-point preamble and the opposition had been persuaded to review its 15 questions, instead of withdrawing a couple of them.

Interacting with media later, Senator Aitzaz Ahsan said: “Yes, there is an agreement on the preamble passed by the two houses in the form a motion, but it is the committee which has to prioritise its work.”

The PPP leader said the two questions which the opposition had agreed to review were about inclusion of the name of Prime Minister Nawaz Sharif in the proposed ToR and perks and privileges which the Sharif family had received during their stay in Saudi Arabia.

The government had earlier suggested that Hamid be made an ex-officio member of the committee. However, the opposition refused to allow a change in the number of committee members.