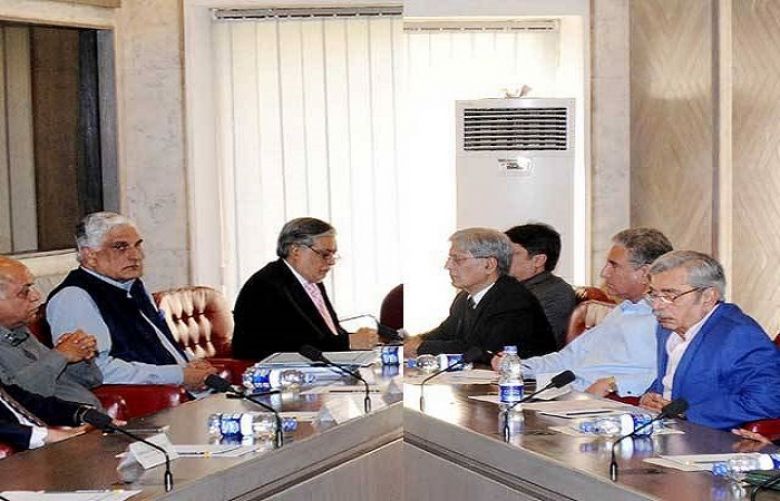 The 12-member parliamentary committee comprising members of the government and opposition have agreed on a 4-point preamble to finalise terms of reference (TORs) for the judicial committee to probe Panama Papers allegations.

The parliamentary committee’s meeting continued for three hours at the Parliament House today .

Speaking to reporters after the meeting, Finance Minister Ishaq Dar said the opposition members provided four initial points while three points were tabled by the government representatives. Later, both sides agreed on a 4-point preamble.

Next meeting of the committee will commence at 11:00 am on Friday to consult TORs, he said.

The minister stated that dialogue with the opposition members was held in a pleasant atmosphere and hopefully the matter will be resolved amicably.

To a question regarding conflict over Law Minister Zahid Hamid’s inclusion in the committee, Dar said the Law Minister has been included as an ex officio member.

He cannot cast any vote in the committee. If opposition has any objection, the government will look into the matter.