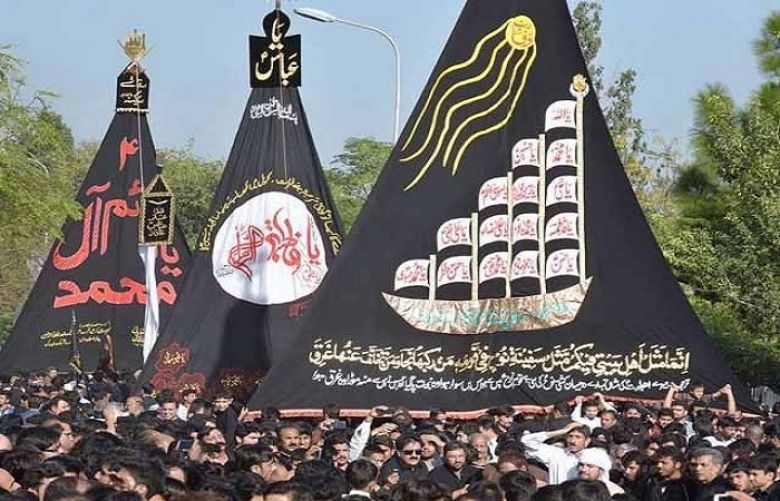 APP Photo Youm-e-Ashur is being observed throughout the country

Processions marking the tragic event of Karbala culminated peacefully on Saturday evening across the country.

Youm-e-Ashur is associated with the supreme sacrifice of Imam Hussain (Peace Be Upon Him), who along with his companions rendered his life battling the forces of evil.

Mourners observe the day with utmost sanctity, marking the martyrdom of Imam Hussain’s (AS) – grandson of Prophet Muhammad (PBUH).

Holding alams, mourners marched past traditional routes in almost all cities across the country, narrating the hardships of Karbala.

Stern security arrangements were in place for the security of processions from Quetta to Peshawar, and from Gilgit-Baltistan to Azad Kashmir.

Heavy deployment of police and paramilitary forces was witnessed in different, with the military on stand-by as well.

The routes of processions were swept clear by the bomb disposal squad (BDS) officials and later sealed, except for given entry and exit points.

Cellular services also remained suspended in nearly 80 cities of country for most part of the day.

However, mobile networks began restoring by 8pm on Saturday.

The measure has been adopted for past some years in view of security threats to gatherings particularly on religious occasions.

Majalis at imam bargahs are underway highlighting the patience and valour of Imam Hussain (Peace Be Upon Him) and his companions, who stood against injustice and laid their lives for the cause of Islam.