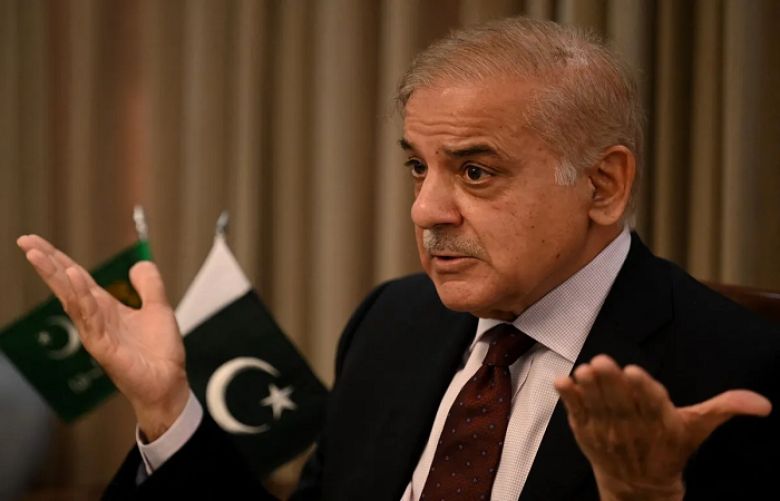 Prime Minister Shehbaz Sharif on Saturday said he had expressed his government’s resolve to complete the terms of the International Monetary Fund’s (IMF) programme, in a conversation with the lender’s managing director yesterday.

The telephone conversation comes as Pakistan’s economy is increasingly febrile, with foreign exchange reserves amounting to fewer than three weeks of imports.

“In a phone call with Managing Director [Kristalina Georgieva] of the IMF yesterday, I told her about the government’s resolve to complete the terms of IMF’s program,” PM Shehbaz said on Twitter.

In a phone call with Managing Director of the IMF yesterday, I told her about the government's resolve to complete the terms of IMF's program. I also explained Pakistan's economic difficulties especially after the devastating floods. IMF delegation will come to Pakistan soon.

The premier’s statement comes a day after he said an IMF delegation would come to Pakistan in “two to three days” to finalise the ninth review of Pakistan’s $7bn Extended Fund Facility (EFF).

Pakistan entered a $6 billion IMF programme in 2019, which was increased to $7bn last year. The programme’s ninth review, which would release $1.18bn, is currently pending. It had earlier been put off for two months due to the PML-N-led government’s unwillingness to accept certain conditions placed before it by the Fund, and the disagreements have yet to be resolved.

The country is currently in the midst of a severe cash crunch, with foreign exchange reserves in the State Bank of Pakistan’s (SBP) depleting to an eight-year low of $5.576 billion during the week ended on Dec 30, 2022.

This decline left no space for the government to pay back its foreign debts without borrowing more from friendly countries.

Despite fast dwindling SBP reserves, Finance Minis­ter Ishaq Dar is still hopeful about reverting the situation with expected financial help promised by the friendly countries, but nothing has been realised so far.

According to reports, during the week the SBP foreign exchange reserves saw an outflow of $245 million for external debt repayments.

Foreign debt servicing is the most troubling question for the PMLN-led coalition government facing a serious threat of default. Several attempts to restart talks with the IMF for the release of the next tranche have so far remained unfruitful.

The falling reserves have already deeply devalued the local currency against the US dollar and other major currencies. The SBP’s foreign exchange reserves dipped $11bn to $5.6bn from $16.6bn in Jan­uary 2022.