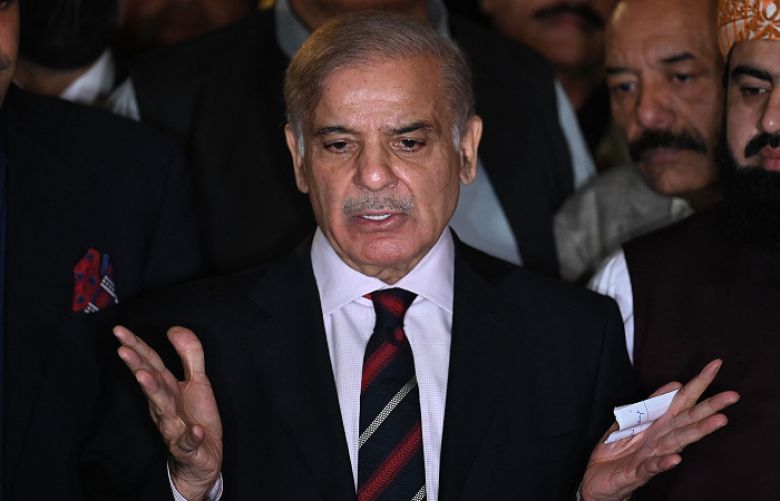 Prime Minister Shehbaz Sharif has expressed his government's strong commitment for the reconstruction and rehabilitation of flood-affected areas.

Prime Minister Shehbaz Sharif was addressing local notables in Sohbatpur District of Balochistan on Wednesday. He said that Pakistan experienced floods it had never seen in its history, adding that the government has so far spent Rs100 billion on the rehabilitation of the survivors.

He added, still, they require huge amount of money for complete restoration of the flood-hit areas. “I have lost my sleep thinking about the victims,” PM Shehbaz said.

The premier said that he talked to heads of different states including Türkiye, Saudi Arabia and others to support Pakistan to cope with this challenge.

He announced participating in the donors’ conference scheduled in Geneva on January 9 while offering the heads of states to visit Pakistan to witness flood devastation themselves.

For this purpose, PM Shehbaz told that he is in contact with different global leaders. He assured that the government will leave no stone unturned to rehabilitate the flood affectees.

The Prime Minister said they will not rest till the completion of task of reconstruction and rehabilitation of the flood-affected areas. Shehbaz Sharif said the federal and provincial governments worked relentlessly and collectively to provide emergency relief and humanitarian assistance to the affected population in the wake of unprecedented floods.

He also announced establishing 12 Danish Schools - flagship project of PML-N government in Punjab - in Balochistan. These schools will have free accommodation and food services apart from education. Clinics will be set up alongside school buildings as well as e-libraries.

The school buildings will be powered by solar energy, said the PM and added that the first Danish School in the province will be completed by March 23 - Pakistan Day.

The premier directed the Balochistan chief minister to locate the land for the project.

He said that the children in Balochistan, Sindh, and Khyber Pakhtunkhwa (KP) do not even have access to basic education while terming the Danish Schools’ project as a ‘leading light’.