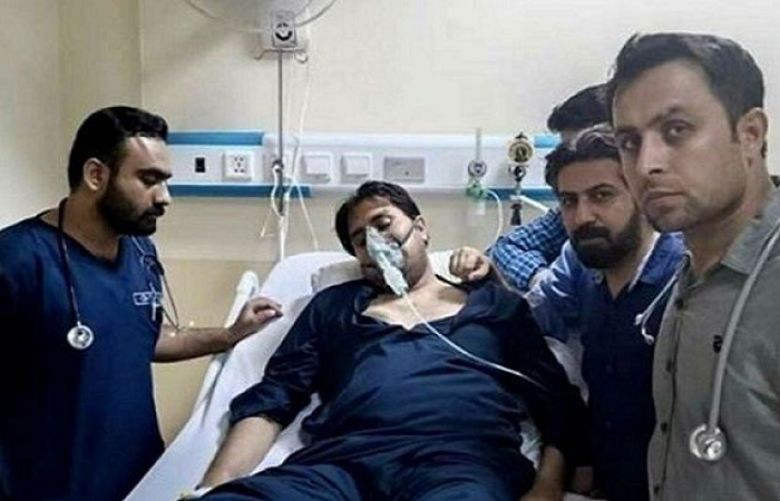 PTI leader Shahbaz Gill has been shifted to a hospital in the provincial capital after his health deteriorated, as media report.

Sources, privy to the development, shared that the former special assistant to the prime minister was moved to the Services Hospital after he complained of breathing problems due to a cough.

They added that the PTI leader has been moved to a VVIP room and access to the room is restricted.

FIR lodged against Gill in Karachi
The PTI leader has been facing a flurry of cases since his controversial comments on a private TV channel.

A day earlier, another first information report (FIR) was registered in Karachi against Gill for inciting the public against a state institution.

A citizen, Muhammad Saeed, lodged the FIR against the PTI leader at the Brigade Police Station in the metropolis.

The complainant said that he was using his mobile when he watched a video featuring Gill, which was widely broadcasted by electronic media and went viral on social media.

"How is it possible that without [the former army chief's] instructions [...] Azam Swati was stripped naked and tortured," the FIR quoted Gill as saying.

On December 4, a local court in Islamabad had deferred the indictment of Gill in a case pertaining to inciting mutiny in state institutions till December 12.

Gill was taken into custody on August 9 from Banigala Chowk over charges of inciting mutiny among the public against the ranks and files of the Pakistan Army by making some remarks during a TV programme.

However, he was later released on bail.