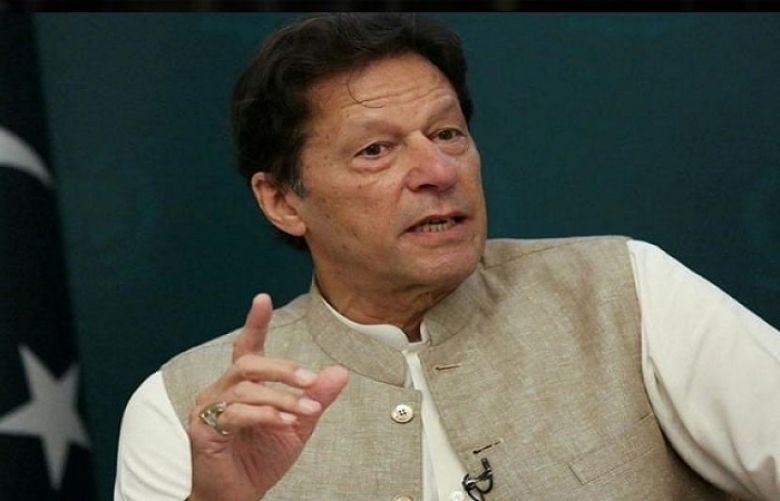 Addressing his party's parliamentary members from KP via video link Saturday, the ex-premier said that the party is ready for talks with the coalition government, led by Pakistan Muslim League-Nawaz (PML-N), if they are willing to give a date for the general elections.

Commenting on the PTI and Pakistan Muslim League-Q’s (Quaid-e-Azam) coalition in Punjab, Khan said Chief Minister Chaudhry Pervez Elahi has given him the authority to dissolve the assembly.

“We will dissolve the provincial assemblies this month and move towards the elections. Our members should prepare for polls. We will soon announce dissolution of the assemblies,” said the deposed prime minister who was removed from the power in April through the no confidence vote in the National Assembly.

He added that the elections are the need of the country and not the PTI’s, even "if there is a delay in polls, it will benefit the PTI".

Sharing his views on the coalition government’s stance on the elections, Khan said that the government is trying to delay the polls in the fear of defeat, claiming that the Election Commission of Pakistan (ECP) is towing the incumbent government’s line.

“The ‘facilitators’ who brought them don’t know where the country’s is going. It is my prediction that they will flee after leaving the country on the brink of destruction. The Pakistan Democratic Movement’s (PDM) leaders will leave the country and go abroad,” the former prime minister said.

Retracting to his invitation for talks with the PML-N-led coalition government in the Centre, the PTI chief said: “I tried to explain to them yesterday but the wrong message was conveyed. They misunderstood my message. What will we talk to them about? It cannot happen. What was their purpose of assuming charge of the government? To have the theft forgiven! General Musharraf gave them NRO [National Reconciliation Ordinance].”

The ousted premier, when speaking about Senator Azam Swati’s arrest and ‘torture’, said that everyone has to protest for the senator. “Azam Swati was tortured just for criticising in a tweet.”