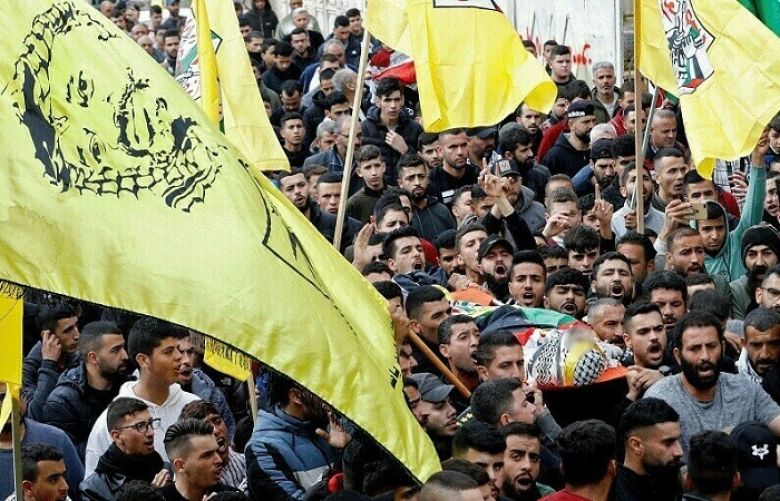 Israeli forces martyred two Palestinians in the occupied West Bank on Thursday, Palestinian officials said, in heavy clashes that erupted in the Jenin refugee camp during a pre-dawn raid.

The Islamic Jihad group said in a statement that one of the men martyred was its leader.

There was no immediate comment on the incident from the Israeli military.

Six Palestinians were martyred in separate incidents earlier this week, amid spiralling violence in the West Bank.

Israel has cracked down on protesters across the West Bank in near-daily raids that have often ended in deadly clashes, following a series of fatal street attacks in Israel earlier this year.

The Palestinian health ministry said 210 Palestinians have been martyred this year, including those who died during a brief conflict in Gaza in August.