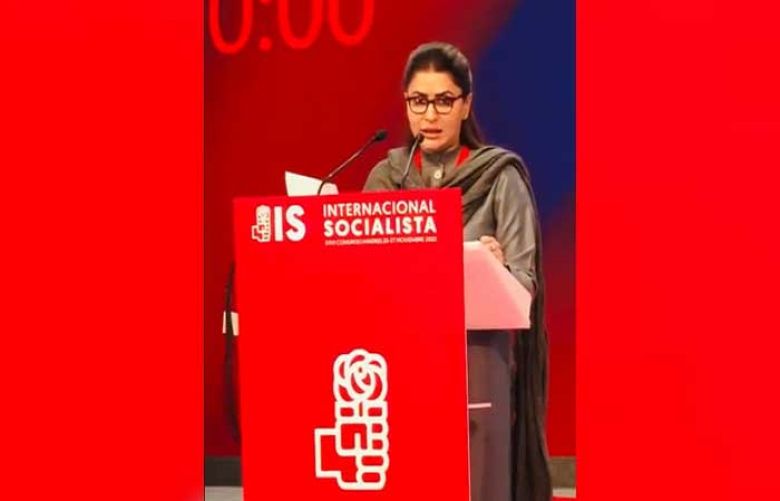 Addressing the 26th Socialist International Congress in Spain's Madrid, the minister said that 33 million people in Pakistan have been impacted by the devastating floods this year, leaving 650,000 pregnant women and four million children severely affected by the worst rains and floods in the country's history due to climate change.

Marri, who was elected as vice-president of Socialist International Women from the Asia Pacific region, said that climate change poses the biggest threat to the planet and its residents.

She added that the recent monsoon-induced flooding in Pakistan is the latest example of the ravages climate change has caused to the country's population, economy, and infrastructure.

On the occasion, the minister expressed hope that some measures will be taken seriously by the international community in the future to curb the destruction caused by climate change.

Flooding across Pakistan left one-third of the country under water, destroyed around two million homes and business premises, washed away 7,000 kilometres (4,500 miles) of roads and collapsed 500 bridges.

As per official figures, the damage caused by the floods amounted to at least $30 billion.

The UN launched a flash flood appeal for Pakistan after which several countries started providing funds to the disaster-hit country. Islamabad was also successful in managing to get the COP27 to approve the "loss and damage" fund for poor nations.