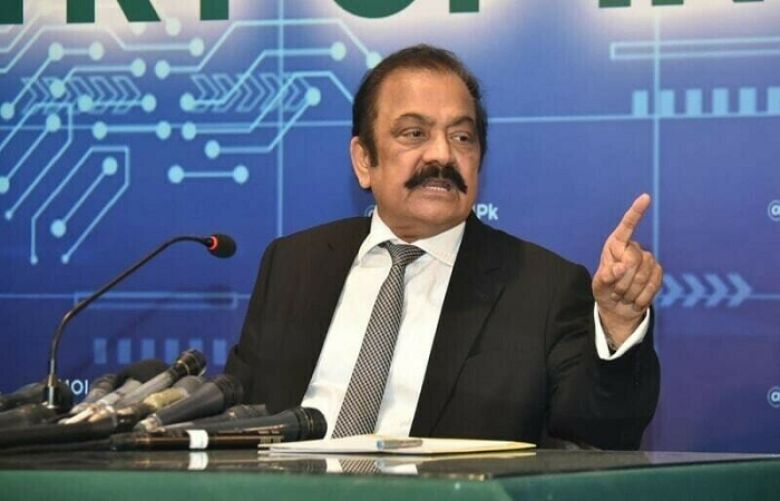 Interior Minister Rana Sanaullah has said that it was not possible for Pakistan Tehreek-e-Insaf (PTI) to dissolve legislative assemblies including ones in Punjab and Khyber-Pakhtunkhwa, saying no-trust motion can be moved at any time.

His statement came in response to PTI Chairman Imran Khan’s announcement to quit all legislative assemblies instead of marching on Islamabad to force the government into early polls.

“Today I am deciding against marching on Islamabad because we don’t want to spread anarchy in the country. We have decided to quit all legislative assemblies,” the PTI chairman said while addressing the party’s ‘Haqeeqi Azadi’ march in Rawalpindi.

Minutes after his announcement, Sanaullah tweeted, “Not possible! A vote-of no-confidence can be moved in the provincial assemblies at any time without wasting time.”

The interior minister claimed that the opposition parties have required numbers in the Punjab Assembly to form the government in the province.

In another tweet, Sanaullah said Imran accepted his defeat and announced quitting assemblies to “clean up the mess”.

He said the PTI’s plan to blackmail and pressure the government has failed miserably as Imran could not gather a “sea of people” in Islamabad.