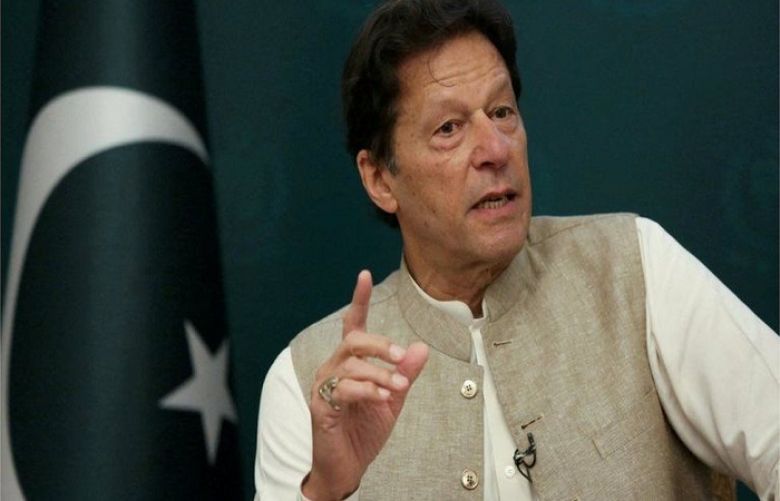 Former prime minister and PTI Chairman Imran Khan on Thursday urged all Pakistanis to participate in his party's much-hyped long march on Saturday (Nov26) in what appears to be his final showdown with the incumbent government to force it to announce early election date.

"Dear Pakistanis, I want all of you to participate in our haqeeqi long march in Pindi at 1pm on Saturday," he said in a short video statement.

Imran, who was removed from power through a vote of no confidence in April, said that only a nation which has justice in it will get real freedom. "When there is justice, there are rights. When there are rights, a nation is free. Only an independent nation is prosperous," he went on to say.

The former premier said that the nation will not stay silent until it gets real freedom. "I am coming for you despite my [health] condition and all of you need to come to Pindi for me," he concluded.

Meanwhile, senior PTI leader Asad Umar presided over a meeting regarding the party's preparation for the long march in Rawalpindi. Senior PTI leadership including Umar Ayub, Shibli Faraz, Ali Nawaz and others participated in the meeting.

The meeting discussed the overall preparations for the long march in Rawalpindi. The security plan, long march route and other significant matters came under discussion during the meeting.

The meeting was briefed that a caravan had left from Karachi for Rawalpindi whereas two others were ready to begin their journey to the garrison city from Quetta and Gilgit-Baltistan.

A briefing was also given in the meeting regarding the accommodation of the participants.

Issues regarding the provision of all basic needs including food and accommodation to the participants of the march were also discussed in the meeting.

"The nation is fully united and eager to achieve real freedom," Umar said, adding that the party would welcome caravans from all over Pakistan in Rawalpindi.

"The captain [Imran Khan] will lead the ocean of people in Rawalpindi on November 26," he further said.