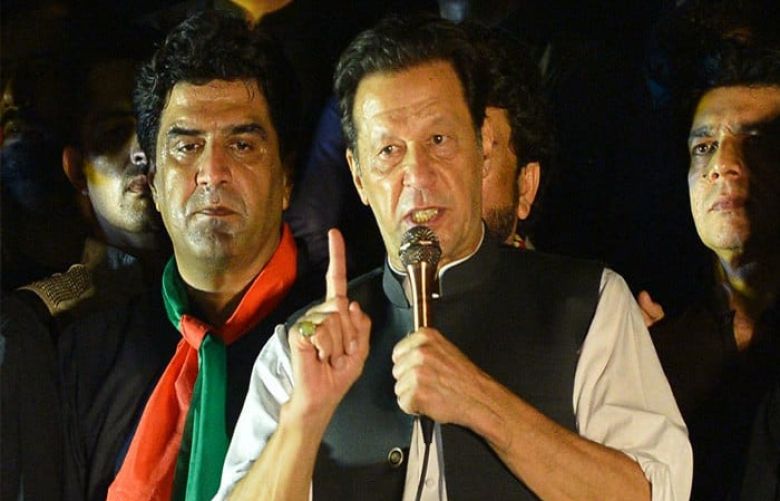 The Supreme Court on Friday gave time to PTI chief Imran Khan to submit his reply in response to the evidence provided by the Ministry of Interior against him regarding the May 25 events.

During today's hearing, the interior ministry furnished video and documentary evidence in the court on the former's premier reply that he submitted on November 16 — claiming that he wasn't aware of the court's orders.

Presiding over the hearing, Chief Justice of Pakistan Umar Ata Bandial remarked that the apex court shows restraint in using its powers relating to contempt, saying that the court only takes action when its orders are violated.

"We are not issuing any order at the moment," said CJP Bandial. He said that Khan has submitted a detailed reply and hoped that it is correct and based on facts.

At this, the former premier's lawyer Salman Akram Raja said that he did not get the USB.

Butt said that the USB proves that the PTI's long march was headed toward D Chowk on May 25. He said that it also proves that the mobile service was not down that day and that the leaders continued to post and tweet on social media from the container.

Justice Bandial said that the apex court is careful about its orders being violated.

Justice Mazahar Naqvi inquired what will the call detail record (CDR) reveal in the case the mobile phone is lying somewhere else. To this, the ministry's counsel replied that the CDR will reveal the location from where the phone was operated.

"If the court deems it appropriate, it should obtain CDR," said Butt, adding that the evidence submitted clearly shows the mobile phone in Khan's hand.

The court also said that the interior ministry submitted additional content along with a miscellaneous reply including screenshots and tweets which were checked by the court.

The court ordered the ministry to provide a copy of the reply to Imran Khan, Babar Awan and Faisal Chaudary. It also said to give a copy of the USB to Khan and other parties.

The court adjourned the hearing till next week.