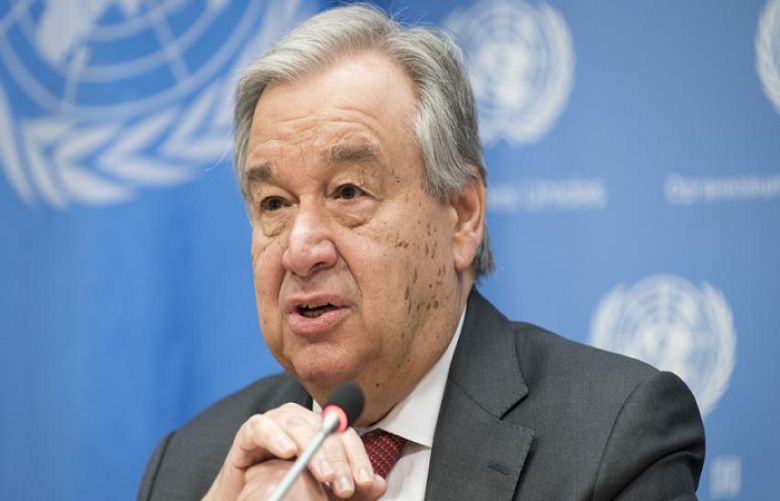 UN Secretary-General Antonio Guterres on Monday urged the international community to help Pakistan in the rehabilitation of the affected people by the unpreceded floods, caused by climate change.

The UN secretary-general said the loss and damage suffered by Pakistan deserve to be considered as a reality and recognized through financial mechanisms, hoping the climate implementation conference will be able to decide it, Radio Pakistan reported.

He stressed that Pakistan should have access to effective debt relief and concessional funding to carry out the huge task of reconstruction and rehabilitation.

He appealed to the international financial institutions and the G-20 countries to create conditions for mechanisms of debt relief for middle-income countries impacted by natural disasters to allow resources to be invested in resilience and in recovery and reconstruction.

The UNSG said Pakistan being a middle-income country has not benefited from debt relief at the level that should be necessary for the country. He said he has been making proposals for debt swaps for countries like Pakistan so that investments could be made in rehabilitation and recovery and reconstruction from a natural disaster.